[ daily dilution and the feedback loop ] 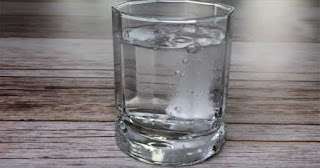 A while back1, I got off the daily social media bandwagon. To be fair, it came on slowly and quietly, and I think I really only took note when someone asked me if I'd seen something or other, and the news was more than a week old. I'd spent a fair bit of time worrying about shit that didn't matter, some that did, and mentally going through a bunch of other things, so socials fomo wasn't top of my agenda most days.

However, when it did occur, this seemed quite the change from my usual habits. I like a good dose of anything and everything, then my brain sifts through it all, separating the wheat from the chaff, as it were.

I don't know whether I felt like I was getting more chaff than wheat, or that it was harder to sift through the mountains of data filtering into my brain, but I do know the change was there and it was sticking, like a good wheat flour does when you make dough.

Sorry, I'm at the bread-making stage of iso. Anyway.

It didn't bother me really, but it did made me think about where I was getting my daily dilution from. Everyone has personal outlets that dilute the thoughts in their head, whether by default or design. Those of us with anxiety and OCD tend to go looking for them, because otherwise we spend waaay too much time in our own heads, and there's only so much intelligence in there before you hit the mischief-worry gremlins2, and these guys are there just to make trouble no matter you do.

Back to daily dilution. I was obviously still getting mine from some of my usual sources; the news, occasional Instagram, texting, family, videocalls. But obviously not others; shooting the breeze with my baristas were off, catch ups with friends were limited, interacting with colleagues now firmly in the cyber zone, and a trip to the shops now a Mission:Impossible rather than Breakfast at Tiffanys. My dilution level had firmly veered off-scale, and it's unclear what the resulting consequence would be.

Then I read this. For those of you who can't get through the whole thing, the basic gist is; office workers are getting paranoid because they're not getting the usual feedback they do from working in an office. After going to a meeting or making a presentation, you'd usually be able to read the room, debrief with the team, decompress with a cuppa, and/or check in with the boss. Directly. With eye-contact, social cues, and all the other juicy stuff we love and loathe.

Now, with everyone remote and everything online, people sit in their own heads with their own thoughts and brood. Incessantly. About how meetings went, what colleagues think of them, whether their work is up to scratch, should they interact more, should they talk less, did they get their point across, and on and on it goes.

Because we're not just doing this a few times a week, we're doing this all day, every day, constantly. With no change as yet in sight.

The piece dives deeper into the reasoning and the consequences but let me pause there, as the feedback loop stretches further afield than just the workplace. Or rather, the lack of one does.

This time last year, most of us would make decisions based on a variety of factors, then action them dependant on said factors. Let's pick a low- to mid-range importance one and follow it through; I'm thinking of chopping off all my hair3.

Beginning the process of above, I'd see something random, perhaps a celebrity with similiar features, think they look good with their luscious new do, and consider how I'd look. I'd scroll back through my socials feeds, checking old hairstyles, checking pals hairstyles, judging, filtering out how I felt about both. I'd then garner the opinion of loved ones, friends, and finally, a professional (hairdresser, smartass, not a therapist).

In terms of whether I'd actually go through with said decision, my mind would be fairly made up by the time I started getting opinions, but again - dilution. Doing research helps, but hearing what people who know and love you think, then weighing that up against my own thoughts about said thing (i.e. chopping the locks), gave balance and variance.

Occasionally, things change your mind; given enough contrary feedback, input that varies to your own, and of course opinions will alter, and therefore actions too. That's the whole point of being well-informed and evolving.

And that's where the problem is, right here, right now; the feedback loop. We haven't got one.

A little while back4, I got into bread-making.

Let me rephrase that; I spent the better part of two weeks agonising over getting into bread making. Nope, not just what sort of bread, where to get the best flour, whether to use a machine or by hand (you know, the reasonable, important stuff). No, no, I agonised over actually making bread at all. You know, just, should I make bread...

For those of you not following along; It Didn't Fucking Matter. Not then. Not now.

I mean, taking up a hobby that was recommended to me by a loved one as a stress-release sounded great. But, being me - and with a wonky dilution function throwing off my feedback loop - I deep-dived into that decision like someone had asked me to donate a kidney.

What did making bread mean to me? Would it fulfil me? Would I actually be able to eat the bread? Who would I give it to if I didn't? I questioned whether the loved one was actually serious, or had they meant it as a throwaway comment? Did other people make bread? Which people? Would I need to join a group to understand bread?

I can't blame this all on one thing and I can't say what it was for absolute sure either. But consider this; with a decent feedback loop that comes from looking people in the eye, gauging people's tone, but also not just spending all your time with all your own thoughts, there's a mammoth possibility that I would have just taken the words as the affectionate suggestion they were, considered it briefly, agreed heartily, then got into making my multigrain soy and linseed far sooner than the fuckwittery that followed.

In our parents' day, let alone our grandparents', they sat down and talked. They went to dinner and coffee and had long chats about everything under the sun. They added booze if it was an especially sensitive topic, or went somewhere fun if it was a celebration. But they got together and engaged on the matter at hand. I know, novel right?

They actually sat together and looked each other in the eye. For hours. They didn't just hum one-word answers between text messages over dinners they photographed for people online they didn't actually know. The psychos!

My point here is that while you're thinking about how frustrating and upsetting this is for you, maybe also spare a thought for people who have even less of a feedback loop than you do. Don't mistake me; they may have social media and computers and cable tv, but they don't use it like younger generations do.

It pains me to boil down a point to an age thing, but it's more about a group of people who have certain habits that have been rudely, swiftly, and brutally dismissed.

Ok, moving on from the rant-y section, but keep that in mind for later...

What we're all doing at the moment, from angsty teenagers to hipster twenty-somethings, from laid-back late thirties to perky pensioners, is living a lot with our own stuff. And every time we step outside our bubble, or rather, every opportunity we get to step outside it, it's pandemic this and restrictions that. Government mandates, medical testing, pillaged supermarkets. Weird world leaders and community violence. People suffering and people misbehaving.

It's any wonder we make stupid, knee-jerk decisions, or endlessly torment ourselves over simple stuff (see aforementioned bread situation). No wonder we react badly to something not that bad, and get excited about stuff everyone needs to be a little less excited about.

So, yes, we are over-reacting and under-reacting. And no, your reactions are not normal, but this is not a normal time. Yes, we will get back to feeling settled and regular, but it won't be 'normal' like people want it to be, and we need to stop using that as the word du jour. This wasn't and isn't normal, it's life-changing and there's nothing we can do about it.

As a result, maybe we start cutting ourselves some slack, cutting everyone else some slack, and just trying to make decisions again based on logical thinking, reasonable judgement, and the usual good input from your nearest and dearest. Until it really gets through, until we can step back from a moment, just for a beat, and check ourselves, how we are treating things and how we are treating others, and just be cool.

Oh, and totally stop checking what reddit says we should be doing today. That rubbish will rot your brain.

1everything comes in this timeframe now; you can say days / weeks / months, but really, it all kind of blurs into one segue

2these are the asshats who wake you up at 2am to consider how much better your life would be if you were richer / thinner / in a better job. Fuck these guys

3don't be absurd, of course this is a hypothetical. It's Lady Lovely Locks until I die now

4see first note - this is slightly less time than that, but still anywhere between five days and a month

Posted by LotusBlade at 16:19 No comments: