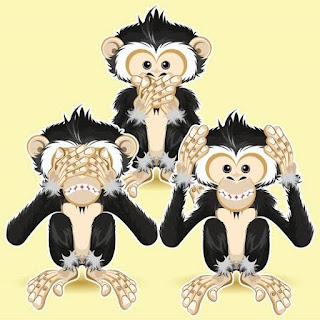 When I go to a new place I really like, start a new job with people I really connect with, or make a solid connection with a new friend, I always worry about what to say after I've first got to know them.

Do I tell them I have 8 tattoos and eat 7 meals a day? That I have well-controlled potty mouth, but that I really am rather fond of the f-word? What about my penchant for shiny, random trinkets and my extensive collection of coffee mugs?

You could be my Colombian barista who loves languages and wishes more people spoke Spanish to him. Maybe you're a workmate who hadn't gotten out much and has recently had a colourful dating history (Really. Colourful). Or a friends new partner who's pretty sure I know everything about you anyway (via said friend) so what's the point in being shy?

It's also possible you're the guy from my yoga class who details your pre- and post-yoga workout routine (no, I don't understand how you have the energy, you total machine) before we start class and I tell you how slothful I've been (ha! no, babes, I don't run, not unless something is chasing me).

I adore all these people, for one very specific reason; they would all be considered 'over-sharers'. And I don't mean the people who tell you their life story the moment you meet them. But we'll come back to the above people later.

The term oversharing first came up in 2008 in The New York Times by a writer called Emily Gould. If you have the time read the whole thing, because it gives some really good context on what was happening when this all came about back in the day.

It also brings up a really good point; for those of us who make our living in the public eye, there is the expectation that we will a) share pretty much anything, and b) put up with just about anything. Which is where things take an ugly turn.

Firstly, I tell you folks a lot of stuff. Like, A LOT. But here's the thing, I certainly don't tell you every single, little detail. I also don't name names*. The barista could be anyone (have you met me? do you know how many 'fav' coffee places I have?). The co-worker, ditto (I work in a building of hundreds of people, use non gender-specifics, plus when I say coworker I'm including my writer and actor peeps). And when it comes to family, I mention them detached and vaguely. Lovers are a bit of a different matter, but you've all read how I deal with that (think Taylor Swift).

There are reasons for this; I will tell you almost anything. Anything about me. These other stories are not mine to tell**, and when someone tells me something in confidence, I 100% take it in confidence unless advised otherwise, even if they are more cavalier with their words to others than you'd think. The other reason is so blatantly obvious, but so obviously also needs to be said out loud, that here it is; I like the attention. And if anyone wasn't clear on that before, well, you are now.

But not everyone does. It was hard for me to understand that when I was younger, not so much now. Not everyone likes their whole life on show, they don't feel catharsis putting their inner-most thoughts out there, the burden of retelling their foolishness and failures in a clever way does not, in fact, make them feel better about it. And this is something I have come to love and respect about these people. It makes their confidence in me all the more privileged. But it does mean you have to keep those stories and only enjoy them for yourself, so I do.

In regard to that, I do share one thing with these people; I won't put up with anything, even when I've shared it. This is an ugly, contradictory truth, and sometimes I'm not even sure how to explain it to people, except to say this; I don't know you or how you respect other people. I'm willing to have a conversation with you, but I'm not willing to entertain any of your vitriol without that introduction, so what makes you think you can splice into my life and tell me who to be without something to back it up?

Paraphrasing Gould, we do all have the right to express ourselves, but not the right to make that self-expression public in a permanent way. For me, that means if you tell me something, I have the right to gently and respectfully tell you what I think about that. E.g.*** No, I don't think you should keep hanging out with your drug-addled mate, we're in our thirties, give it the fuck up. Yes, I do think you should sleep with the sexy guy; he's hot, he's into you, safety first, enjoy! Etc., etc.

I do not, ever, have the right to make those stories public - either in writing or to other people. And neither do you. If that kind of understanding and courtesy isn't something you can comprehend, please get the fuck off my blog.

For the rest of you, please feel free to berate me with the sarcastic affection I've come to know and love. And let's lighten the mood, shall we?

Back to my lovely, cherished, anonymous oversharers.

People like to talk about themselves and the things they care about, but you'd be surprised to find how rarely people actually get to do so. Sure, you've got your best friends, your partner, and your family, but to be fair, they're not always the people you spend the most time with, and everyone needs an outlet. You can't schedule the times you want to loosen your tongue, release the internal pressure, so you talk when you can.

Oddly enough, that's generally the space you'll find me standing in, holding a coffee, nodding away away to some pretty epic tales. I'm lucky enough to have a direct line to my besties and my family, but I also happen to happily be the person a lot of people see regularly when they have something to say.

Maybe it's because I'm a writer than I can pull the words out of you without much effort, or maybe it's just my super power doing its thing. Either way, I hear a lot of stories about a lot of random things and - hopefully - make a lot of people feel better in the telling.

Gossiping generally doesn't have positive connotations, even when you're doing it about yourself, but I'd like to take the sting off that, if I can. We all spend so much time modulating ourselves, possibly even censoring ourselves, that sometimes we become the person we are pretending to be; restrained, private, suppressed.

Now, don't misunderstand me, if that's what you what, I'm really happy for you. Truly. You've managed to master an element of restraint I'll never to get to, and not just because I can't quite fully understand it. But also because I don't want to. I don't censor myself anymore. Modulate, yes; certain environments require it, and I'd rather not offend and/or weird-out anyone with the fullness of my personality. But there's also parts of myself I can never shut down, and that's just who I am.

But when it comes to 'oversharing' as it were, I think about it this way. For me, sharing personal stories does two things. By putting out all the crappy things anyone else can ever say about you, you inoculate yourself against it in advance. Conversely, by omitting certain details, you prove your worthiness to yourself by keeping them for people who deserve them.

In the end, I still want to be an oversharer and be around oversharers. So let's not lump everyone in the same boat, let's talk a little more and a little less, and try to be kind to those people who do want to talk, as well as the those who don't.

Also, if you have a story you're dying to tell, I take my coffee with a shot of vanilla every day at 9. You know where my desk is.


*much and/or anymore
**desperate though I am to tell them - damn, you people have some SOLID GOLD going on
***made up examples