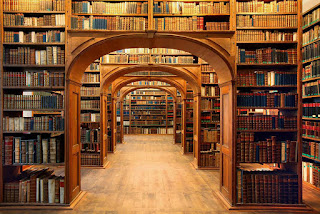 At the end of June, I made the declaration that I'm giving away the bulk of my books. For some of you, it was a rather underwhelming announcement, and for others it was rather a shock.

After moving house in May, I discovered I have twelve plastic crates, four heavy-duty cardboard boxes, countless hessian bags, and two shelves of books.

It's mainly sci-fi and fantasy, but there are a large amount of cookbooks, a scattering of 'self-help' books, a decent stack of comics and graphic novels, various textbooks, and a plethora of esoteric tomes.

There's the To Read section in my room which, to be fair, only has around twenty or so volumes on it, but does take up a whole shelf to itself.

There's the fairytales section, which is completely dedicated to any and all copies, retellings, and fractured fairytales. I have German, French, and Norse tales. I have graphic storybooks by Neil Gaiman, and wondrous reworkings by Sarah Pinborough. I have dusty texts and sparkling new volumes, and everything in between.

Still, I collect. Still, I hoard. Still, my appetite for knowledge and stories and words is insatiable.

Nevertheless, suddenly, I'm starting to question why I'm keeping them all. The limited editions and special classics need no real explanation; they are keepsakes and worth quite a bit.

But the random paperbacks, the mass-produced chronicles, the twenty-seven books in a series I just read to get through a season or because I was too lazy to find something new at the time...

What the fuck are they all doing but moldering away in boxes and bags or in storage, where I sure as hell won't read them again? Why on earth am I keeping things that not only take up so much physical space, but mental space as well, stressing me out with where to keep them and how to store them and where to drag them to next...?

The School of Life recently starting running this, and it coincided with an episode of the Living Room where the king of decluttering, Peter Walsh, helped a guy who was basically an older version of me; all the books on all the shelves and sideboards...and in the cupboards and under the tables and on the floor...

It got me thinking about the psychology of hoarding books. Because it is hoarding for me. Obviously, there are some I am 'collecting' - aforementioned limited editions and special volumes - but the rest definitively fall into the hoarding category.

Consequently, I started to wonder why. I'm a curious and inquiring animal by nature, and generally up for some self-reflection, so the question of why someone who, I like to think, is reasonably self-aware, would do this, really started to intrigue me.

Surpassing the minds' unbelievable capacity for education and information, we can somehow store all the learning we've attained in a stack of paper, and never lose it from our minds.

Which, to be brutally honest, is pretty weird. I've forgotten more things than I've had hot dinners, and I've retained twice as many. Having a concrete reminder only noticeably made the difference when it was actually something I wanted to remember in the first place. Make sense?

Let me put it this way; I have a well-thumbed, hardcover copy of Where The Wild Things Are by Maurice Sendak, given to me by one of my brothers' girlfriends when I was a child. It's one of my treasured favourites; I can remember the whole story, the watermarks on the pages, and the inscription written by said girlfriend.

Conversely, I found a textbook for a literature class I did only a few years ago. It's a great volume, consistently popular in the curriculum, and full of great little snippets of knowledge on general flick-through.

Until I do though - flick-through, that is - I can't really recall those snippets. I can vaguely allude to them, make educated guesses, and even some discussion...but I can barely remember that I read it, and only in context to that class. Still, it's a really, really good book.

If it all still seems a little unclear, and that I'm generally only keen on children's books over textbooks (who wouldn't be, really?), then there's this; I can remember what happens, in chronological order, in each of Anne Rice's The Vampire Chronicles, including the New Chronicles.

But I can't recall where all my copies of them are exactly, or why I don't keep them all together, or even in mint condition.

What I'm trying to say is this; if the knowledge is that important to me, why am I not keeping them in a climate-controlled  environment? Why am I not insuring them like my coin collection, my Doctor Who paraphernalia, my heirloom jewellery? Why do I not have them by my bedside at all times?

Curious, right? I have a theory, backed up by a lot of reading... 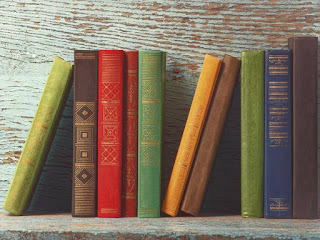 In life, there are a finite amount of things we can control. Our diet, our hair colour, what reality tv shows to watch, and what sort of car to buy. We can't control the weather, traffic conditions, or politicians, but we can control these. There may be a few others, but you get the picture.

Anyway. In a world mainly out of our control, we want total dominion over what we do and don't learn, what knowledge we keep and what we exclude. In many instances, this is an achievable goal.

But life isn't simple or straight-laced, and your little grey cells couldn't care less if you want to remember that one great line from that average book, or that amazing cookbook with the yellow cover.

It's filtered out the important stuff, and let the rest fade out like lights at the end of a stage show. You've retained all the stuff you think is important, everything else is irrelevant.

You see, your conscious and subconscious made a deal; the former deals with the day-to-day, the latter with all the quiet stuff, the emotional stuff, the underlying threads of your life. The former acts, the latter records.

And here is where the fight began; because I basically stopped ignoring what my subconscious was saying, and started listening to a third, and clearly nutty, voice that said; Keep All The Books! All of them! Leave not a one!

(It's totally ok if you're hearing that in a Monty Python voice. I know I am)

Which is how I ended up with twelve plastic crates, four heavy-duty cardboard boxes, countless hessian bags, and two shelves of books....

It's not like I don't have access to books every single day of my life. I mean it; Every. Single. Day. I could buy a new book from a different store every day for a year, and still not have got through half the resources at my fingertips.

Further, in relation to this, a very clever lady made another interesting point; it's almost selfish of me to keep all these books when there are people who can't afford to buy a new book every month, let alone the hoards I buy weekly.

And she's right. If I'm highly unlikely to ever read this or that volume again, why am I keeping it? I can *literally* find a new copy, buy it, and have it in my hot little hands within hours of giving the last one away.

For someone who treasures knowledge and stories as much as I do, I've clearly veered off the path in terms of respecting that knowledge and sharing it with as many people as possible.

Every book I've ever read has a life of its own, a personality. And really, it's starting to feel like I'm holding them to ransom for all the history they have. Like I'm terrified that I've read every story ever written and there will be no new stories for me to read. So these ones must stay. Forever.

But, like people, you can't make someone love you back or imprint themselves into your life, not unless the feeling is mutual. And even then, sometimes it doesn't last.

So, here we are. I'm getting rid of around 90% of my library because, in the end, it breaks my heart more to think of all those books wasting away in darkness than it does to think of them in someone else's hands. Someone who might love them or hate them, someone who might treasure them or gift them to someone else or read them and just let them go.

It's the end of an era for me, but a beginning too. One full of old discoveries and unusual goodbyes, and hopefully the space for a whole new lifetime of texts and tales...

Plus, with the invention of things like Goodreads, I can act like a benign dictator, keeping all the personal details of my subjects, in case I want to call them back to me someday... 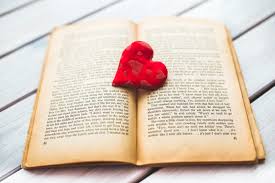 Which is completely healthy, right...?