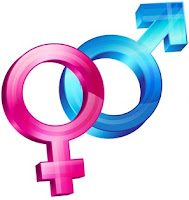 Let me preface this piece with two things, well before we get started;

Firstly, I've been in open relationships. I've dated multiple people at once. I've dated girls and couples and people who 'don't like labels'. I've heard all the stories, been in some, and gladly not in others. So I'm neither naive to the world nor a prude.

The other thing is, I've been watching a lot of When Calls The Heart. Like, a LOT. It's Hallmark, obviously, sometimes painfully slow in plot, but infinitely suspenseful and heartwarming. Basically, just a really nice - and really drawn-out - story.

I know this may seem out of the blue, but I've just read four articles in as many days on the sex lives of the 'modern and adventurous', and really, right now, I just need a bucket.

Again, we know I'm not a prude, but I've reached the point where I'm well and truly fed up with people oversharing on their sex life. Just. Their sex life.

It's getting weird. And a little bit sleazy, in the creepiest way.

An acquaintance has been in a loving relationship with her primary partner for nearly a decade. At the same time, her longest, ongoing secondary relationship was around 2 years. She also had a fling with a girl in Perth a while back that just fizzled out due to distance.

These are not the dominate topics of discussion. They're not even the secondary. She's a big human rights activist, an animal protection advocate, and a philosopher. If asked, she might tell you about her loves, but it's not high on her list of things to randomly gush about.

I have another friend who spends a lot of his time equanimiously trying to figure out if he's gay or not. He regales me with hilarious stories of disastrous dates of varying degrees.

This friend is an actor, a literary fiend, and a creator of epic costumes. The dating stories are shared over wine, have an intro, and only 50% involve actual sex.

There are lots of people I'm associated with who are like this. In variations of the same interpersonal relationship equations; single, loved up, figuring it out. None of them bang on incessantly about threesomes and Tinder, Grinder, or 4square (I may have that last one confused...anyway).

Why then, do I keep reading about Zack and Miri* and their 'fantastic exciting sex life'? Or Jeremy and Annabel** with their 'secret, naughty, other lifestyle'?

Before we go on, let's not mistake me here; I'm not adverse to the odd relationship article. Current dating trends, ways to communicate, sex and you, etc. I may get nothing constructive personally out of them, but it gives me a gauge on where society is at present; what we like, what we think, what's (still) taboo.

However, how many 'articles' can a journo possibly write about open relationships, with absolutely no context or substance?

Dave and Sharon have 'dinner' with a new couple every weekend! Right...

Alina and Parker have a girlfriend, but are committed to each other. Yea, ok...

Genevieve and Michael like to shake it up once a month, but these aren't your usual parties... And?

At first, I thought there was a new trend sweeping the dating world. Much like when I learned what ghosting and phubbing meant,  I was trepidatious but curious and open-minded. Like any good writer should be.

Where did our sense of occasion go? When did the art of suspense drop off, and our flair for mystery in relationships fall by the wayside?

What on earth is possessing people to give interviews revolving *entirely* around their bits interacting with other peoples' bits?

I'd really love to hear about Helen's three-hour session with her kids' teacher, where she couldn't figure out if he was mad at her, mad at her kids, or trying to crack onto her.

Please, tell me more about your accidental roadtrip to the 'burbs, having to get directions from the hot barista, and how long it took you to decide if hanging out in a 'small town' with said hottie was worth being lost for.

Because you know what these stories have in common?

A PLOT. Character development. Thought-provoking questions, even if those questions are only, *wtf am I doing here?!*.

Honestly folks, we all know where peoples' bits go. We've been given the talk about how different people are wired different ways, and a cursory overview of some of the more unusual tastes.

So, I say again; please, please, *please*, stop subjecting me to articles full of, frankly, boring smut and a lack of anything even vaguely resembling sex advice.

If your story has more body parts than a Ruth Rendell mystery, stop talking.

If the plotline involves this goes on that, and we're not discussing a Sussans jingle, please stop talking.

Journo's; if you get even halfway through an interview and your interviewee has emoted nothing more noteworthy than lust, stop talking. Stop writing. Rethink your piece.

And for those of you perpetrating this lack of suspense, killing the mystery, and basically sucking the sheer bliss out of anticipation - for yourselves and everyone else - Stop. Talking.