[ don't believe everything you tell yourself late at night ] 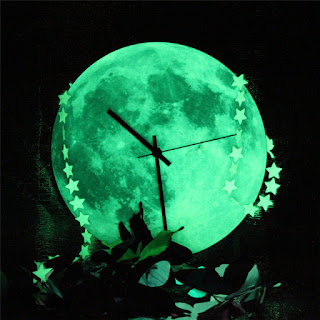 Last night I woke up at exactly 3.40am, and waited for the mosquito I've just swatted to come back. Not from the dead mind you, just to annoy me again.

I didn't realise I'd already squished him, so I sat there, legs crossed with the sheet over my knees, and waited.

In hindsight, I should have made a cuppa or got myself a biscuit. Or even read a few pages of my book. Anything except just sit there, staring into space.

Because while I was sitting there, the usual litany started up like a slow, bad orchestra. And me, like the sleep-deprived idiot I was, strained to hear the chords of what it was trying to tell me.

Which is always a rubbish idea, by the way. Trust me.

You all know the tune; it's like hearing a Sondheim musical or a James Blunt classic. Is it really mad brilliance or utter garbage? Probably both.

But at 4 o'clock in the morning, almost all thoughts should be examined with speculation and a healthy dose of scepticism.

What if I never get married? I'm not overly fond of the institution, but I do so adore the idea. What if no one ever asks me again? Nevermind that I've already been asked a few times, so clearly the first wasn't a fluke.

How am I going to pay my bills? With the very comfortable salary I earn, I'd imagine. But what if I couldn't, or lost my job? Studies have shown - yes, someone got *actual* grant money for this - that it's unbelievably difficult to get fired from a decent job, even if you're only making a half-assed effort. Which I most certainly am not.

On and on and on AND ON it goes. It's not so much the unrealistic questions you ask of yourself either. Those are actually quite simple to reason and puzzle through.

It's the mundane, the everyday, the humdrum.

Not to be misunderstood, these are still very real issues. But again - not so much at 4am.

You know why? Because in the middle of the night, all our problems become like our fear of the dark; unknowable, unmanageable, and unwieldy. They become Herculean in their ability to be solved, and we wile away hours of rest worrying them out, simultaneously aware that at this particular moment in time, we have absolutely no way to take action.

Which doesn't assuage anything. It only makes us more anxious.

To be fair, some of the time, painful and difficult things do keep us up at night. Real heartaches and torments to lose sleep over.

But mainly, we worry about the oddest things, and create the proverbial mountain out of a molehill without even trying. These things may be used to distract us from the bigger things, but the damage they do to our psyche by getting air-time can't be dismissed.

It's been a long time since I let the night-demons take over the asylum, as it were, and I really should know better. But sometimes it sneaks up on. Like when you realise that after nearly three weeks of bad sleep and anxiety, you sat up waiting for a mosquito and making yourself crazy for over an hour.

Sometimes it takes the frypan of enlightenment to the side of the head before you figure it out. It's not fun, but it's effective.

This is where you take action. Not about the worries - those need daylight and coffee and a cool head to be solved. But they can be sorted, just not in the middle of the night. So let's start with getting through the night.

Meditation apps have always got mixed reviews due to the voices on them being appealing to some and not so to others. But there are also some that just have sounds; Relax Melodies is my number one-go-to when it comes to getting to sleep, getting back to sleep, or even just quieting the clamour.

You can combine a variety of sounds, such as bells, different types of music, atmospheric things like birds or waves, and even three ranges of 'white noise'. Set a timer and relax. It's been a saving grace more nights than I can count.

Lists are another good one. I'm not talking lists of how to solve this problem; if we had that much discipline, we wouldn't be in this mess.

I'm talking the top 10 things that will never go out of style. The best ever breakfast recipes. 5 items of clothing you cannot live without. Name as many types of mobile phone and the company who makes them.

If you're not sleepy after a few pages of this, you're not trying hard enough.

And if all else fails here, you can now worry about the need to pee in the middle of the night, instead of everything else you've loaded yourself up with. Win!

With the invention of Netflix and other online platforms, we now have a boon for insomniacs like no other. Watch some shows. Hell, watch a lot of shows. Take your mind away from the drama of your life and show it someone elses. Maybe you won't get back to sleep as you'd hoped, but I'm sure your blood pressure will thank you.

Read a book. It's the old school version of the above, and much better for your eyesight (comparatively speaking). Let yourself drift into a world of another making, let your mind draw pictures of people and places. Again, sleep or no, you're not shredding your nerves on stuff you can't control, so we're calling this a win.

Lastly, and this one pains me a bit, but there it is; social media. In the current climate of the love/hate relationship we have with it, it can still have it's place. My facebook feed is 75% crochet projects from an online group I've joined. Blankets and shawls and rugs and wraps. Beanies and scarves and gloves. Crocheted cactus and French bulldogs with little ribbons and bells added.

I've never felt so peaceful in my life. And it makes me smile, and relax. It's hard to be apprehensive looking at a foot-tall crocheted Groot. It really is.

So don't sit there waiting for the mosquito to come back. Don't waste too many nights worrying about things you can't control, because you probably can, just not then and not without the cool, calm light of day.

As your pot here is saying to all her kettles out there, nothing is as dire as all that, even if it seems so.

On that note, I'm off to get a chai, a gingernut, and binge watch season four of Once Upon A Time. What about you?