[ the pen is mightier than the stylus ] 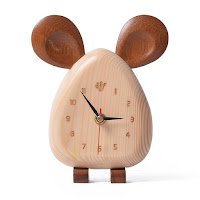 Walking through MYER recently, a friend of mine mentioned how small their collection of fountain pens was. Even being xmas time, he was disappointed that such a lovely tradition was dying out.

You see, when he was a younger man, a good fountain pen was a highly regarded gift. People not only signed their name with it; they wrote letters and cards, did their Sunday crossword puzzle, and if you were especially lucky, they might lend it to you - briefly! - to sign something yourself.

Don't get me wrong, this friend isn't that much older than me, so it got me thinking; there are so many things that are either becoming obsolete or going out of fashion, or even sadder still - both. And the things we have to 'replace' them really aren't that great.

With almost every new laptop tablet you can get a stylus, and for those of you who haven't had the dubious pleasure; it's a pen for your computer. You use it much the same way, except you write on the screen. Most computers will let you use it to add to what you type, some even 'translate' the written text into font.

Which, to be fair, sounds kind of cool. It's crafty and techy, and oh-so-convenient. You also realise two things though; no-one really writes anything anymore, and we no longer really need actual pens.

If you were born after 1990, this may not seem like such a big deal. Pens take up a little space, need ink, and may not always work. Here's the thing though; your grandparents only ever wrote letters to each other. Sweethearts scribbled sweet nothings on scraps of paper with their elegant Mont Blanc, something they probably got from their parents as a birthday gift. And these gifts meant something. As did the letters and notes they wrote them with.

Which leads me to paper. We all know I'm very much about the paperless office, saving the forests, and general, all-round, save-the-planet stuff.

But, the above notwithstanding, I still write notes. On paper. Delicately detailed notepaper that I keep for special occasions, thanking people for gifts; quirky coloured squares for sending friends little well wishes; even scraps of recycle for doodling my thoughts.

But it's not fashionable to do this anymore. Why would you, when you can text, email, or even instant-message-with-added-emojis? Why indeed...

Hands up those of you who own a Kindle or love a good eBook? Thought so; nearly half the people I know do, and the other half - well, isn't that interesting - they'd rather not.

Why not, you say? They're great! You can hold thousands of books in one place, eReaders are light, easy to carry and use, and these days, you can buy them for nix. The titles you buy can be bought for even less.

I'll admit it might be hard to explain to someone who never really got into them; but you can't recreate the experience of a new book. The shiny, exciting cover. The back blurb, tempting you with a story not yet read. The pages; smooth and scratchy at the same time. Clutching it to your chest as you pause in contemplation between chapters.

Let's be fair, folks; the cold, smooth surface of your Kindle isn't exactly going to evoke such emotion. Particularly if you plan on pressing it into a loved ones' hands, compelling them to read it too.

It just doesn't have the same frissom to it really.

***
About this point is where I was overwhelmed with a mini-avalanche of other things, not yet gone, but already starting to be missed.

Online music such as mp3's have replaced CD's, your phone has replaced the good old wristwatch, and forget keys - we all have electronic access to everything.

No one has playing cards anymore, all your games are in cyberspace, we don't need maps because Google provides, and the humble candle has been replaced - not with a decent torch - but again with your phone, which now comes with its own handy, multi-purpose flashlight in the camera.

And I started to feel wistful and nostalgic, and wondered where this might leave some our most treasured possessions, things that some of us have been collecting and preserving for our whole lives. Where would they all be in ten years time? Twenty?

On account of all these thoughts, with all gloom that we might be seeing the last scented candle, the last minted coin, the last colour photograph...

I smiled. Because the lights will not always stay on (sorry South Australia), Google will not always be at your beck and call (honestly, not that way!), and eReaders do not dry out well if you accidentally dip them in the bathwater.

So, never fear, my old-school-cool chums, it might seem like books are getting passe, candles are considered a bit lame, and a deck of cards the height of being square. However, think on this...

When power fails and the lights go out, when everyone's latest tech toy dies in a gurgle of dishwater, when the boredom kicks in and there's just nothing to do...

We'll still be here; beeswax candles already on, books stacked on the coffee table, and pens jotting down the score of who's winning at Scrabble. We might even have room to share our toys with others.