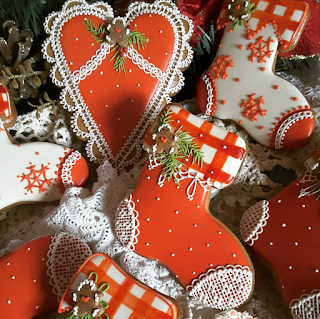 During the holidays last year, I watched Die Hard, Love Actually, How To Be Single, and What To Expect When You're Expecting. These were all interspersed with a variety of sitcom reruns, a few more actions flicks, and some cooking shows (ok, a lot of cooking shows - how great is Jamie Oliver?!).

Also, quite a few Hallmark movies. I know; I can hear you all groaning from here. I will be watching them all again this year, but trust me, I do understand where you're coming from.

Every Hallmark movie is formulaic, to say the least. And the xmas ones are even more so; some well-coiffed girlie from the city with too much corporate and not enough grassroots needs to find herself in the country. Or the snow. Or a little country village with snow. At xmas.

Anyway. The small town that said heroine ends up in ('stranded', 'escapes to', 'has-a-last-minute-errand-for-her-father-in', whatever), obviously has a hunky male love interest who alternately irritates and helps her throughout the storyline.

Which is quite thin, to be honest (the storyline, that is, not the girlie. Though she's generally on the trim side too...). That's the other part I get that you all loathe just a little more every time a new film gets released; plotlines with holes like a good Swiss. Nobody's that clumsy, that lucky, or that clueless.

Oh, but they are, my friends! This is Hallmark, after all.

You can probably also lay the blame for the xmas bulge at Hallmark Channel's expansive feet. I know the last thing I need to see during the holidays is what basically amounts to a two-hour long infomercial for xmas treats. But that's essentially what you end up watching.

Glistening fat turkeys with bowls (ehem, buckets) of gravy and cranberry sauce. Colossal legs of ham like works of art, dotted with cloves and smothered in glaze. Potato salad, bean salad, pasta salad, cheese salad; pretty much any salad that may or may not actually have vegetables in it, but usually as an afterthought.

Then there's the desserts. Given Hallmark's penchant for films that feature an unlucky-in-love but plucky baker, we were all doomed from the start. You've never seen so many cookies, tarts, pies, pastries, petit fours, tortes, or cakes in your life.

No, I mean really; you probably haven't. To be fair, Anna Polyviou probably hasn't either, and she's worked at it.

During December, I tend to be able to space out my holiday eating, dividing my day into a decent breakfast, a dubious second breakfast, a healthy lunch, another possible dubious choice in afternoon tea, then pure 50/50 chance at dinner. Each meal may or may not have a festive addition, such as pudding, some custard, or ham anything really, and so on.

Once the break starts - as does the xmas viewing - so does the excessive binging. Really, I'm generally ok until I see our spunky leading lady get stuck in a snowstorm at the huge, yet picturesque, B&B that just happens to be serving the xmas fare already - because they do that for ya'll All Through The Holiday Season! (obviously) - and I'm done.

Suddenly I'm stuffing gingerbread into my face like no ones business, stripping slices off ham off the bone every hour, on the hour, and quaffing custard from the carton like it's Verve Clicquot. It's really rather unladylike...

Then there's the Scenery. Because you can't call what Hallmark does just plain old set-dressing.

Stunning little cottages trimmed in lacy ironwork that would make a Spaniard weep. Log cabins brimming with furry rugs and heavy chairs and roaring fireplaces and did I mention the furry rugs? Stately family homes that haven't seen a speck of dust, like, ever, with maids who clearly pride themselves on being the best of the best in service, as it were.

Then there's the castles. Oh, but the castles. Which we all really need to take a moment of silence to truly appreciate... 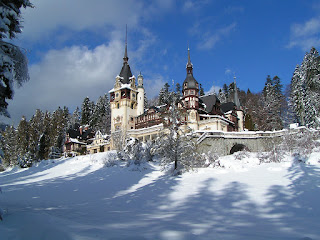 Hallmark find the most extensive, detailed, wondrous castles you can imagine; glorious towering structures in shimmering splendour, displaying workmanship not seen since the 12th century. These things are barely short of a full-on, utterly-decked-out, Disney castle, complete with twinkling fairy lights by the thousands.

In fact, I'm not convinced Disney and Hallmark aren't the same company, they've just been keeping it secret like a Hallmark plot-twist for the last 50 years...

This is the thing though folks; this time of year is a bit of a mixed bag. At best, a merry-go-round of shopping, eating, working, and socialising. At worst, a general anxiety-fest-free-for-all for your emotions. I won't assail you with all the depressing details (that's the previous post), but I will say that it can be pretty exhausting either way.

At the end of the day (or the middle of the afternoon, as we say in my house), is it so hard then to understand why people want just a few hours of blissful relaxation? Where everything goes gratifyingly right, where everything ends up in its place, where we all get - however briefly - a happily ever after?

We forget about political bickering in our nation, unrest in the Middle East, violence in the streets, and all other manner of horrors - just for a short while?

Come on, you know the answer to this one.

This year, obviously, I will again be watching as many schmaltzy, decked-out, situationally unbelievable Hallmark specials as I can cram in. And all I'm asking is that you don't rain on my parade here, or anyone else's.

Besides, who knows; maybe if you try watching one, just once, you may even like it...

All the blessings of the season to you, lovelies!
~*LTM*~