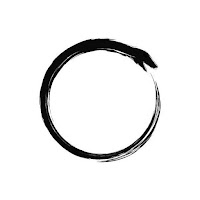 Back when I was doing the tinder experiment, I met a guy who said he didn't believe me when I told him I wasn't afraid of death.

He said that was rubbish; everyone is afraid of dying and that anyone who says they aren't is kidding themselves. There were a lot of other reasons we only had one date, but that was in the top five for sure.

Let's be absolutely clear here; I'm not afraid of death or dying. I'm not afraid of what comes after, and I have no worries about where my soul will go, what form my energy will take, or what the next plane of existence looks like.

I am afraid I will leave here before I completely fulfil my potential. I'm terrified I won't get to tell my family I love them a hundred thousand times. I'm bone-chillingly scared of not getting to hold my mama's hand every day.

These fears are the deep and real things that worry me. Where we go, and what we do afterwards, are not.

When I was a little girl, I believed in all sorts of things. Some of them persist today, some not, and new things - things I never imagined - have come to take the place of others.

There has always been the belief in something after this life. An unwavering sense of continuation, where my soul will mutate into something else and move on. Forwards, upwards, whatever. The direction never really mattered, I just knew we went on.

Through tragedy and heartache, sleepless nights and long, lonely days, that belief has never altered. In some ways, calling it a belief seems inadequate. It doesn't seem to convey the quintessential wiring in my core that knows this like I know the sun will rise tomorrow.

Life's greatest joys have certainly solidified this, making them even brighter and more vibrant with the knowledge that perhaps I will take their experience with me always. However, even in my darkest moments, fear of the afterlife has never registered.

Twenty-odd years as a pagan have unquestionably broadened my knowledge on the varying notions of where we go in the hereafter. So many ideas, so many situations we could be in.

The Norse have Valhalla and Hel; a giant hall overseen by Odin where brave warriors go, and an underworld presided over by the goddess of the same name where, generally, everyone else goes.

Heaven, the Christian version, up in the clouds, the place where god dwells, where all good souls go after they die. Then Hell, the underworld, where bad souls, those who have not repented their sins or tried to live good lives, go and burn in eternal damnation.

There's The Summerland of pagan origin; a resting place between lives for the soul. Should you have reached full enlightenment in earthly form, you may be able to stay; this means reincarnating as many times as it takes to learn all you can. The Summerland is also a place to be with loved ones from all your lives past.

Reincarnation; the idea that you live in this plane over and over again until you attain enlightenment. Each life varies depending on how you lived the last one; live kindly and compassionately and you get to come back as a a beautiful bird, soaring and floating, or a wonderful musician, creating great ballads until you die.

Live a greedy and selfish life, taking and never giving, and you come back as a cockroach. Savvy?

The continuity of reincarnation threads through many religions, and very basically here, revolves around consistently working on bettering this self, this energy, to join up with other like energies. Until, in the not-exactly-end, we all become part of the same energy. Sounds kind of blissful really.

All that these traditions have in common is the continuation of our energies. That this life, this experience, is only one in a line of experiences. That, even though we may do myriad things and make various choices, there is another, utterly distinctive reality awaiting us when we're done.

It is no less valid to note those that conclude there's nothing after this life. Just because I don't believe this to be true, doesn't mean I don't occasionally hear them out. But not often or at length.

That being the case, it's interesting that some people think we die and nothing happens, because even then, that is some sort of next experience itself...

As a small note of why this scenario, for want of a better term, is so unlikely to me personally, I base some of my belief on science; energy cannot be created or destroyed. And though I struggle occasionally with the former, the latter certainly makes sense.

So in terms of whether nothing happens afterwards, that seems a highly suspect and dubious possibility. Just saying.

Originally, I think someone asked me to write about what happens when we die. I guess it only just occurred to me that perhaps they were asking for some reassurance themselves, rather than just out of the curiosity for my opinion (though it was also nice just to be asked such a momentous question).

To my friend who asked; I'm not sure if this is what you were looking for, but here it is. And should my words not be enough, I hope the deep and abiding perception I have, the steel-like assurance I feel, gives you some comfort.

It never ends. We never end. Somehow, somewhere, we always live on.