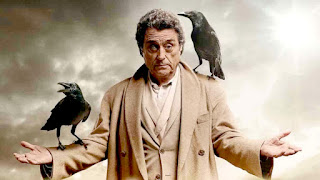 With the commencement of Starz glorious new series, American Gods - based on the brilliant novel by Neil Gaiman - I've been having a think. Obviously.

What if all our gods did diminish in power over time due to lack of peoples' belief? And what if, even though some of them are regaining their power over time, what if new gods have risen and started to take on the power of the old?

The new gods may not be as malicious as Starz portrays them, but they are certainly not the deities of old...

Each morning, we pay homage to a dark and sensuous goddess. She who holds the cup of life, that brings even the weakest of wills to strength and action. We sip her life giving fluid and rejuvenate our souls, invigorating our very beings. Her gifts come in many forms, with many variations, each pleasing to the individual.

Yes, that's right; I mean the Goddess of Coffee.

I imagine her to be tall and sultry, Amazonian eyes shining with fierce, golden light. Generally even-tempered but, when roused, bringing forth a mighty thrust of power. The Goddess of Coffee is not to be trifled with lightly.

Conversely, but cut of the same cloth, the Goddess of Tea appears in such contrast; a dainty old lady, with steely blue eyes and a voice like tinkling bells. You know, very much like my favourite Miss Marple, Geraldine McEwan. 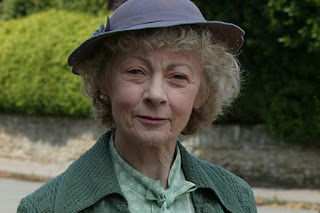 That being said, this is another deity you don't treat frivolously; she's quick and sharp and just as likely to smack you down if you don't show respect. Oh, but when you do; such rewards! The Goddess of Tea favours those who use wit over brute strength.

There's the God of Social Media, who would perhaps be like a combination of Technical Boy and Media from aforementioned fab series, but way more sinister. In some ways, I think of this God as the Lucifer of old; sleek and shiny and offering you the world, but everything comes with a price.

Social Media will give you all the things you most desire - fame, fortune, adventure - while exacting equal payment from you - your time, your privacy, and finally, your dignity.

How much is too much? How much do you give up to get what you want? In the end, Social Media believes everyone has a price, it's just how high it is...

Lord of the Drink is not, sadly, good old Dionysus in a natty robe. This young buck is well-dressed, well-spoken, and well-versed on how to have a very good time. Too good of a time really.

He functions every day like you or me, but more nights than not, he's out on the town with whatever excuse comes up. Entertaining clients. Works drinks. Old friends' birthday.

Ever woken up after a wild night with little memory of the evening before, head pounding, mouth dry, and wallet empty? Remember that night perhaps a dozen times over and you may come close to the stamina of the new Lord.

Sink a few years of your life - sink a decade - and you get closer still.

Get to your 40th birthday, look around at all the faces, and realise most of these people are just folks you get off your face with...

Shake hands with the lad beside you; you've sold half your life to something, and most of it you can't quite recall. I sure do hope it was worth it.

Let us not pass by this altar without acknowledging the Lord's brother; Master Narcotics. This one is slick and scheming and has no filters whatsoever. Oh, it may seem so on initial meeting, but once his slimy hands get a touch of you, it's a steep slope downhill.

Some think Drink is at least a better vice than this, but let's be clear; they are brothers in arms for a reason. If you cannot control your cravings with one, the other will happily take his place. 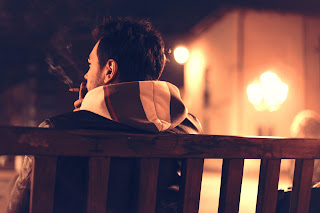 Past the more sinister anthropomorphs of above, we come to more mundane deities prayed to.

Not the least by a long shot, but still in the lower echelons; Mr Spot. The good sir is usually paid homage in muttered tones, eyes roving everywhere but where they need to be, and frequently blamed for accidents of our own making.

Oh yes, the God of Parking is greeted with adulation when he delivers, but heavens help us when he does not. Scorn and derision are the least of the sacrilege we visit upon him - suddenly he can be blamed for a whole day turning sour.

Lady Luck is treated with a little more respect, but certainly as equal contempt when she fails us. Should her ladyship consent to bring us good weather, punctual transport, and cheery colleagues, we are happily in her debt, promising all manner of boons.

However, when 'her' luck leads us astray - foul weather, delayed transport, grumpy co-corkers - we are quick to judge her erroneous and feeble in her duties.

Oh, what burdens we place upon our divinities!

Each place has gods indigenous to its region. Australia is no different. And I'm not talking about the glorious traditions of the Aboriginal people of this country.

Here, we pay great homage to delicate parcels of dark cocoa, savoured and scoffed in equal measure. We show respect to great behemoths who have remained nearly unchanged for millennia, whilst wrestling them in our backyards. And we lather our skin in a lotion that is basically mushy fruit.

It's not that we are a people without gods, it seems only that our focus has shifted over the decades, the centuries.

No longer do we treat the unseen with awe, but with suspicion. We need to feel our saviours with the flat of our hands, we need to see them in full technicolour and promoted by network.

It's hard not to imagine how the rise of new gods came along so swiftly. We put all our hopes and dreams and energy into things with no soul, no personality. We gave them life, and in turn they rewarded us with the reflection of ourselves.

The good. The bad. The truly unsavoury.

Can we really blame them for what they have become? As our American Gods Narrator said; "People populate the darkness; with ghosts, with gods, with electrons, with tales. People imagine and people believe; it is that belief, that rock-solid belief, that makes things happen".

In the end, we have made our gods into what we wish them to be, especially in these modern times. And should we want them to be superficial, plastic, relating to every whim and desire we have...is it any wonder that is exactly what have become?

We no longer focus on what we need, but what we want. And all we want now is instant gratification, instant wealth, instant lives. We don't work, we demand. We don't persevere, we loll in indolence.

We no longer know humility, only arrogance...

And we are afraid. At the end of the world, when all the lights go out and all screens stop speaking, when we are in the dark together, the endless dark...

How am I going to charge my iPhone? 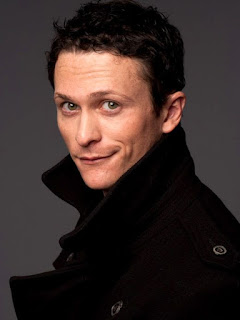