[ walking in a winter wonderland ] 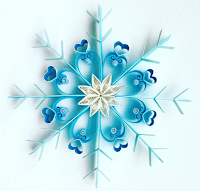 It's Winter. It's here. The temperature is in single digits, clothing is counted in layers, food is in hot - and generally liquid - form. We all walk around swaddled like snowmen, faces pink with cold, puffing our breath like teeny, floating steam engines.

Gods, I love this weather. And oh, how you all hate it. 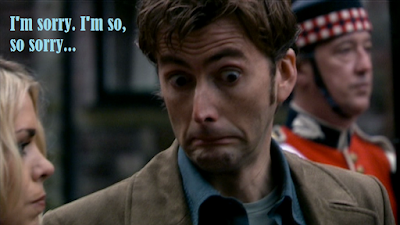 But really, you know I'm not. Not even a bit. Even when huddled in my own multiple layers and hopping on the spot at the coffee shop, I'm all grins and happy noises.

So, before you all pummel me with your glove-clad fists, let me remind you why Autumn and Winter are the absolute best... 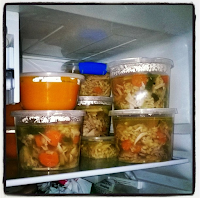 It gets a category of its own because, well, it's soup.

And soup is healthy. I swear, it really is. My favourites are pumpkin, pea and ham hock, chicken and pearl barley. FULL OF VEGGIES, all of them! See? Healthy!

Also, making soup gives you instant cooking street cred. Oh, you know how to make soup? Really! How clever you are! Nevermind that you used stock from a carton (making from scratch is time-consuming and tedious), you basically just threw everything in a pot, and watched 3 hours of Netflix, while occasionally stirring between episodes. You, my friend, have your life together; you are able to make a staple meal, with all the requisite dietary requirements, and more.

Pat yourself on the back, box up those portions for the freezer, and get yourself a glass of wine. Cheers! 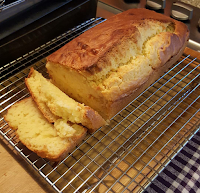 In the Summer, you eat a burger and don't think twice about it. You drink beers, eat pasta, scoff chips and sweet buns like nobodies business. Which is basically why we have an obesity problem really.

The chilly season brings on what I like to call the good carbs; porridge for breakfast, one piece of crusty bread with soup at lunch, maybe a cheeky drink with dinner at the end of the week.

Here's what I find; I don't want to eat crap in Winter. I'm cold, my body needs fuel and it needs nurturing. What it doesn't need is a greasy plate of not-food and weird, sugary not-drinks.

A good, home-cooked meal and a cup of tea. A deep bowl of soup, a well-made, old-school cocktail. A lush dessert, made at home. It all seems so much better in the cold. Want to know why?

Your body is burning through its reserves to keep you warm as it is and if you've got the right fuel, you know it, your body feels it. Conversely, if all you're eating is rubbish because you're miserable about the weather, try not to wonder why you have a constant headache and are still hungry after three portions.

Plus, as an added bonus, eating veggies is sooo much easier at this time of the year. Think soups, savvy? 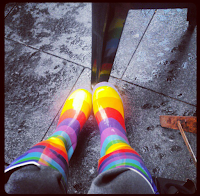 The women in my family tend to run on the cooler side. We tend to get chilly extremities, and are known to have rather a fondness for hot water bottles, so we do like the fluffy. We like the furry, the knitted, and the puffy.

Yes friends, it's time to crack out the Winter Wardrobe. This wondrous collection of items may take up rather a lot of space in your cupboard for the rest of the year, but come that first icy breeze one weekday morning - it's on like Revlon.

No other time calls for UGG boots, the ultimate in Australian apparel. The exact date of invention is unclear, but they certainly began life here and we are rightly damn proud of them. They're basically chunks of wool inside strips of leather, heeled in strong rubber, laced in elastic or cord. Oh boy, are they warm. Keeping your toes toasty since 1933.

What better goes with boots than beanies; fluffy, knitted, ear flaps- and animal ears-adorned. Dark and utilitarian or bright and festive, we have them all. Fashion being what it is, you can also get matching gloves and scarves. Ah, matchy matchy goodness!

Also, being Australians, we take a kinder view of workwear in the brisker months; function over fashion, comfort over couture. That being said, never have a people so embraced making homey look hot. Two words; Peter Alexander. 'Nuff said, amiright?

Finally, on that note, the first leaves going brown and the days getting shorter mark an especially auspicious time. You know it, I know, say it with me: Jammies Time.

Still dark outside in the morning? Jammies appropriate lighting. Dark at 5pm? Back in your jammies, quickly now!

Need milk/croissants/coffee/papers/anything at all from the corner store? Jammies + add overcoat = et voila! You are appropriately dressed for a quick dash to the shops. You're welcome. 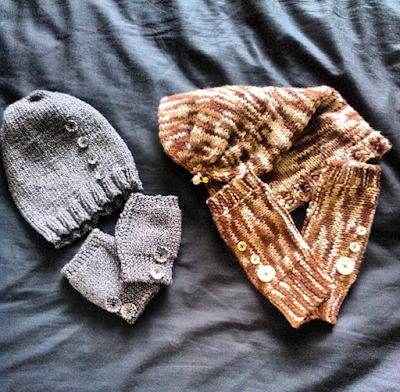 Some people don't get out much in Winter. Much like our ancestors, they huddle indoors hiding from the dark like it's a wild animal, waiting to spring unsuspecting, everyday people. Which is ridiculous, as you're not going to get eaten by a sabretooth in the dark one evening, I swear.

Unless you live in the Hunter, but I'm pretty sure you should take this with a grain of salt...

Anyway. Even I'm keen on more quiet nights in than out these days, but a lot of that revolves around Netflix, home cooking, and projects.

Lest you fear I've gone all Stepford wife on you, I'm just calling them projects to cover all the bases; knitting and crochet, sewing and scrapbooking, writing and painting. Woodwork and jewellery making, cooking and baking.

All the things it's just a little too hot to do in other half of the year, it's nigh on perfect to settle in and do now. Never has it been more fitting to flake out in your jammies with a variety of materials strewn around you and make something. Oh, but the wondrous satisfaction of a work in progress forming before your very eyes. And you didn't even have to leave the house, hurrah! 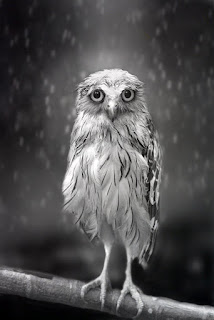 It's cold, it's wet, I'm freezing, please don't make me get dressed and go outside. Literally half the social occasions I've avoided have been dodged due to seriously inclement weather. Which is saying something, as I'm an all-weather girl.

Sadly, no matter how fabulous the night might turn out to be, if I have to get a train, a bus, and then walk to a venue, I'm already resenting being invited at all and thinking of fibs to get out of it.

Totally forgot it was today! Goodness, really? Could have sworn it was next week!

I've already made plans (with my lounge). I've got loads to do (like making soup). Really wish I could fit it in (around the loungetime and soup making) but I can't (won't).

Then someone says the magic words; Right, shall we stay in then?

What does this mean? What - stay here - and get takeout!? Play boardgames and drink tea, you say?

GOOD GRAVY, I'D BE DELIGHTED!!!

All at once, what is essentially an adult pajama party becomes the unqualified height of social achievement for the season.

For some reason, we all spent the balmier months feeling like we must be dressed in a fitting manner, sitting must be on chairs, and dinner must be eaten at a table on plates. Of course you can also drink, but it will be out of the right glasses, thank you very much.

Sometime after Mother's Day and a little before the Queens Birthday, we all realise just how ruddy chilly it is, and all bets are off. Out come the trackies, UGG's, and scarves. Now it is entirely acceptable to dress like Michelin Man and drink copious amounts of fluid from a teacup (boozy or otherwise), whilst lolling contentedly on a beanbag.

Monopoly and House of Cards, anyone? I've got Snuggies, you bring the Baileys. 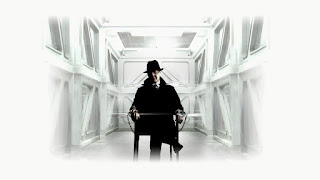 Admittedly, I did say that Netflix marathons can't really be considered a project, or productive activity, per se.

However. Let me now come to the marvelous world of Winter watching. Yes indeed, we have now again come to the honoured tradition of plonking ourselves in front of a good crime drama and figuring out whodunnit.

Never has a season been better for scaring the dickens out of yourself, getting a flutter from the creepy music, and using your detective skills. From Midsomer Murders to Elementary, Broadchurch to Miss Marple, and all that comes between.

If you've never really been a fan of the crime shows, then I suspect you've been deprived of the really good ones. And if you've never watched a British crime drama, then you are utterly missing out!

Here is a decent list to get you started (though number 35 is very proudly Australian!), so that should get you through, oh, at least a few weeks.

Added to the fact this is something you can make an evening of with friends (bets on who the murderer is, for example) - suddenly you have an ad-hoc dinner party with a theme. Look at you, hostess with the mostest, and you all you did was turn the tv on and order a curry. You're doubly welcome. 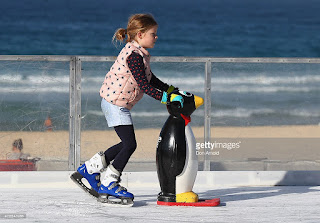 Once and for all, let me give you the final reason why Autumn and Winter in Sydney are pretty special.

Compared to the rest of the world, we don't actually get that cold. Yes, fair play, it gets fairly damn nippy in Sydney town; single digits, frigid morning winds, fog and mist as far as you can see. But it doesn't snow in the CBD, or it hasn't since a drift at Wynyard Station in 1941.

Which means, that chilly 9 degrees usually makes it to at least 13 or 14 by midday, the wind dies down a little, and that misty fog crystallises over everything. We generally get dewy rain sprinkling our walk home, we get the occasional deluge, and the even more infrequent hail storm. And doesn't Sydney know how to put on a storm.

That being said, it's not all boom crash opera (thank you, Tim Bailey). We get brisk afternoons; perfect for walks to the pub. We get crystal clear mornings, lit by glittering Autumn sunshine; glorious for brunch at your local cafe.

We get dark Winter nights, golden orbed streetlights lighting your way, a sly breeze thrilling your unsuspecting ankles; near-splendid weather to take in a dinner and a show. All the better if the content has a sinister theme, just quietly!

And there it is; our pretty city suddenly turns into a wonderland of reflecting colours and lights. There's a reason we have the Vivid Festival at this time of the year. Ever wanted to try ice skating? We have that too; fun for the whole family! The air is so clear and sharp you could carve snowflakes out of it.

So, I know it's cold darlings, and I know it's a bit miserable. Your knees hurt, and getting out of bed in the morning is rather a dire prospect (but you slept better than in Summer right?).

But we have 90-odd days more of this, so I suggest you make the best of it with the best it has to offer, hmmm...

Now. Who's for a big bowl of soup, a hot choccie, and a game of Cluedo? 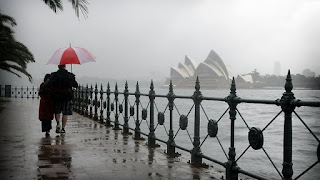