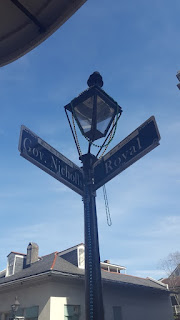 New Orleans is a city that embraces you like your most drunken friend at a party at midnight and tells you it loves you. It feeds you cocktails and weird food, it makes you sing old songs and dance in the flashing lights. Not because everyone else is, but because that's just what you do there.

I'd been about for less than half an hour when the city wrapped me up, crawled under my skin, and before I had time to take a breath, it was on like Revlon.

NOLA (New Orleans Louisiana, to the rest of you) is dodgy, dusty, and creepy as hell. The streets are kind of dirty and the people are LOUD - both visually and audibly. They eat things you'd get pest control or animal services to remove, and drinking at 10 in the morning is pretty standard practise. Even when it's not Mardi Gras.

I absolutely adore it there. The inexplicable, vortex-like pull of the place can be felt the moment you glimpse your first French Quarter residence, smell the fried shrimp, or spy your first flood of white azaleas blooming in the park.

There's no way to really pinpoint a single element that led me there at that time. I suspect years of stories and pictures and small tastes of Southern cooking wove such an intricate knot over the years, one I would be hard-pressed to undo, even if I wanted to.

That being said, let me shortly come to the reason I did go. The former above doesn't really sound deeply appealing does it? Most of us left the more serious partying days behind in our twenties for the more sedate, yet infinitely more satisfying (not to mention cost-effective), chillaxed fun of our thirties.

New Orleans is a town that doesn't care much for your age, except in the most cursory of ways. Don't get me wrong, the drinking age is strictly 21 and they aren't afraid to enforce it with prejudice. It's just that, after that point, it's very much a glorious mix of young and old, well-dressed and hippie, tourists and locals.

Except the locals could drink us under the table, especially as they know something we don't; that's where you'll end up at the end of the night anyway, so it doesn't really matter how long it takes or the route you took to get there. 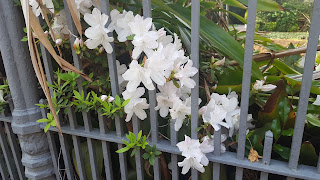 The reason I went was because it's second only to Ireland on my bucket list. Both places have a magical hold on me that I can't deny.

Even weeks away and back in my own neighbourhood, my own home, my own bed, I still smell the queer mix of muddy pavement and liquor mixed with seafood. Something briny and heavy, the smell that only the mighty Mississippi has.

I never really travelled when I was younger; I did the opposite to most of my friends. While they travelled around and spent all their money on faraway places, I spent it on things at home, paid off all my debts and made a life here, where I could see it. I don't feel any less for it; in fact, for me, I think I appreciate it more.

Long, drawn out holidays, over weeks or months, have never really appealed to me. I like to dip into a location, taste all it has to offer me, then take my experiences home. There's so many places I want to go that staying in one for such a long time seems odd.

Also. I get oversaturated in a pretty reasonable amount of time. I miss my things and my routine, and with no way for me to say goodbye to an experience and reflect on it, I start to feel trapped and homesick. I know not everyone is like that, but it works for me. 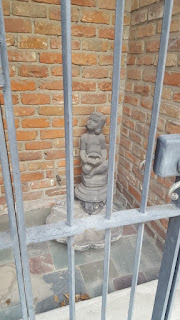 New Orleans is a city of the lively dead. Those still breathing share it with them amicably and openly, and to an outsider it may seem almost downright sacrilegious, but that's what they do there. Death is a great celebration of life, but also seen as only one state of being.

While Sydney boasts a colourful array of buskers, from musicians and dancers to street performers and artists, NOLA is known for its motley collection of fortune tellers and soothsayers.

In Jackson Square, at the bottom of the French Quarter, you could spend all day getting your palms read, your cards told, or your tea and coffee interpreted, and still not make a sizeable dent in the fortune-telling community.

Whether you are a believer or not, the talent varies widely so you are best to lower your expectations and just enjoy things for what they are. That being said, some of the more reputable clairvoyants have their own stores or work out of already established premises with groups of others.

For me, even as a believer, I lowered my expectations in advance. The city is saturated with weird and wonderful vibes, and as a tourist there was no way to be sure what a reader would pick up. Though, as a side note, apparently there is more travel and my continued good fortune (and aptitude!) with money in my future.  Always good to hear... 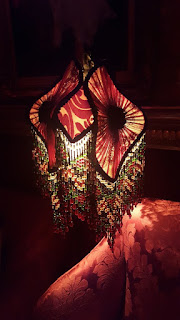 I spent a decent amount of time chasing ghosts. One afternoon was whiled away in Muriel's, a haunted restaurant that tells the story of Pierre Antoine Lepardi Jourdan.

He gambled his dream home away in a game of poker in the 1800's. Deeply shocked by the loss, he committed suicide on the 2nd floor on the day he was meant to leave. Staff of the now-restaurant set a place for him and a friend at the bottom of the stairs every night, with furniture occasionally found to be moved about and glasses hurled at walls.

The rest of the French Quarter and also the Garden District are full of ghosts and ghouls, but another notorious location is the LaLaurie Mansion. If you're a horror buff and have been watching American Horror Story, you'd know this place from series three, Coven.

Anyway,  at 1140 Royal Street in the French Quarter sits the infamous LaLaurie Mansion. Delphine and her husband at the time, known as Big Lou, were quite the socialites and prominent members of society. They built the house and adjacent slave quarters in the 1830's. Behind these closed doors, they were horrific serial killers with a tendency towards the truly barbaric.

It is said that LaLaurie and her husband brutally murdered over 70 slaves, with Delphine said to be the more savage; chasing slaves around the house with whips, cutting off limbs and sewing mouths shut - these being the least of her atrocities.

Apparently the cook, also a slave, once set fire to the kitchen so badly that the fire department had to be called - much as the slaves hoped - and so finally someone from the outside world saw the heinous crimes within.

The fire department alerted the police, and slaves in various awful states were found in the house. The LaLaurie's are said to have barely escaped. Once word got around of what they had been up to, a mob of townspeople formed and stormed the premises, destroying everything they found.

Various stories claim different ends, though one of the two most common states that the wife and husband escaped by carriage to the North Shore of New Orleans, where they settled quietly and hid until the furor died down. The other states much the same, except they had to run all the way to France to escape persecution.

Either way, it looks like the diabolical two got away with it all. The mansion itself still stands, though is uninhabited and a dark atmosphere still surrounds the location. Certainly enough so that I took a lot pictures, but wasn't game to lay a hand on the brickwork. 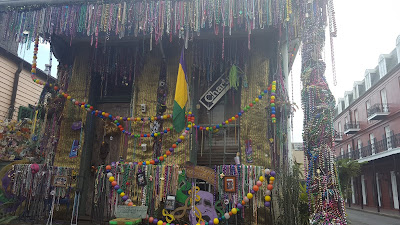 New Orleans has entwined itself around my heart and mind like some particularly determined ivy. The ornate houses and the narrow streets. The endless booze, the food, and the not-quite-food. The river, the mighty Mississippi, constantly there in the background, flowing like the lifeblood of the city that it is.

There are a few things I didn't quite get around to, and places I meant to see but didn't quite find the time for; things and places I would definitely go back for. These are not the reasons I will return however, or not the only ones really.

I will return because, like the places of my childhood, the music of my formative years, and the loves of my life (the things, not the people, interestingly to note) - NOLA brings me joy and bewilderment in equal measure. It instills curiosity and wonder, a mundane peace and a quiet, perhaps deliciously sinister, mystery.

It is a place like no other, and I feel blessed that it welcomed me as much as I'd hoped it would.

I will be back for you, my glorious city, my strange town. I don't know when, but I will be back. Save me some beignets and a hurricane or three. 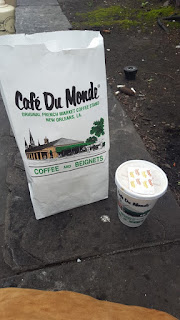