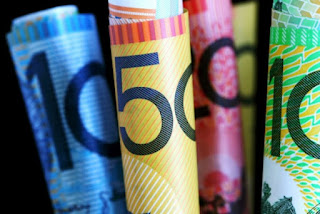 It's about that time again; the holiday season is finally over, we're all back at work, and you've probably got past your first paypacket that wasn't almost entirely used to pay off the crap you bought over the holidays.

However, somehow, with all the other worries in the world at the moment, a few bright sparks have still found time to write some choice pieces on getting our finances in order, so we can save for a house or something. Obviously, before we blow it all again in 11 months or less time.

Kill me. Kill me now.

These little pearlers consistently pop up, detailing the myriad ways we are overspending, the equally plentiful ways we could be saving, and the generally frivolous attitude of the "young" towards money.

I'm uncertain about which element irks me more in these situations; the fact that I'm still included in the "young" people category (surely, surely, my free pass came somewhere in the last few years, right...?), or the fact that there is still the assumption that people (of all ages) don't know how to save - as opposed to this being another sign and symptom of our truly appalling government. But more on them in a minute.

My favourite little drop of wisdom is the ever-present comparison to daily or monthly cups of coffee, which are apparently the height of expenditure, especially for Gen Y'ers.

To be brutally honest, I'm a massive fan of blaming my younger peers for pretty much anything - everyone under the age of 25 absolutely baffles me - but this is clearly bullshit. A recent study couldn't pinpoint exactly what Millennials actually spend food and treat money outside the home on, so saying coffee is the culprit is a little bit rich if you can't back it up.

Do not get me fucking started on the smashed avocado conversation. I ADORE avocado on toast. I do personally prefer to make it myself, but breakfast is always nicer when someone else makes it. But I've never once paid $22 for it, nor shall I (who am I? Johnny Depp?). And the assumption that I'm buying this several times a week is astounding, to say the least.

However, so we are crystal clear, before anything else; I like Bernard Salt. I've met him and worked with him in a previous job, albeit briefly, and we actually agree on quite a few things.

Sideline; for all of you who threw up your hands in horror and exclaimed, how dare he! What fucking planet are you living on? From the whole article, this is what you took away? Smashed avo and home ownership? Jeebus H Christmas. One despairs, one really does.

Before we move away from the somewhat CLEARLY tongue-in-cheek tone of the article and get back on track, let me say this; Salt confessed to being a middle-aged moraliser, as he calls it. I respect these people, I have a lot of time for these people. I don't necessarily want to hear their every bloody opinion on every little aspect of my life, but then, that's why we have respect and free speech in this country - I don't have to.

What I took away from this article is this; how nice to see balance in our society. How nice to see that between the Gen Y'ers, the limbo-like state of my generation, and the Baby Boomers, I get to hear all sorts of weird and wonderful opinions and let them marinate in my brain. Even if I think half of it rings true and the rest is bullshit.

Back to the "merits of saving".

A lot of these articles seem to espouse the view that we have some bad habits when it comes to money, and that we aren't already doing pretty much ALL the things that are recommended to save. Every year. For the last 5 years.

Because, you know, obviously, we look at our hard-earned savings and think; wouldn't an $800 pair of Armani's be just fab? And honestly, it's just money, right? Sigh.

Paraphrasing a good friend, what even more of these articles fail to acknowledge is the vast difference in wealth required live and work today, as opposed to the 70's and 80's, and even moreso the 40's and 50's.

The sheer bloody mindedness of trying to create an economic model based on the mean average earnings (which are also skewed, by the way) and relating it to housing affordability - without actually looking at the price of housing - flies in the face of reason.

And yet, this is exactly what's happening. It's not even about the Baby Boomers nudging us out of the housing market. Which, while we are on the subject, is also crap - how can a generation who had a completely different economic societal structure, compete with a completely different economic societal structure, decades and decades later? This would be like me trying to compete with my teenage self - ah, *shudder*.

That, right there, is my point; I'm 34 and I have no idea what it's like not to have brand new clothes. I don't know what it's like to have to fight a war. I can't fathom the lack of technology (remember, mobile phones were only commercially available in Australia in 1987), or having to pay for food with stamps.

If you think I'm being too literal or taking things to extremes, then good. Maybe my point will come across. I'm tired of the blame-game we play in our community, where one generation or one group of people gets criticised for all our money problems, like they bought the last packet of chips and now no one else can have any ever. How is that their fault? How?!

This is where the frustration starts and never really ends. I use the housing market as a particular example because of our fearless leader (read = rich idiot in Canberra who pretends to care) and his most recent example of missing the forest for the trees (again).

I try to wrap my head around negative gearing and get a headache within two-point-five seconds, then realise I'm missing the point by not focusing on the actual issues at hand; housing supply and demand AND housing affordability. Rent rates AND availability. Wages AND the price of living. People blaming each other INSTEAD of the policy makers who can make an ACTUAL difference.

But I'm getting a teeny bit off track...

You know what's going to make me happy? Living in a nice house in a nice neighbourhood with my family. And renting it until I die if I have to. Drinking coffee 4 times a week and eating out 3 times a fortnight. Saving what I can, when I can, for things I can afford, in this day and age.

Understanding I earn a truckload load more than people did a (my) lifetime ago, but that the price of living is truckload different now too.

Formulating realistic goals and letting myself have beautiful dreams (that may or may not come true!) in my time, in this climate, with these resources.

I just don't think it has anything do with how my parents, let alone my grandparents, spent their money. Nor do I think my ability to afford a house has a single iota to do with anyone else but the actual price of housing and availability.

So, sure, uphold the great tradition of telling someone what to do with absolutely no fucking idea of their circumstances, resources, economic background, or, really, any other elements of their life.

And hey, feel free to be one of those people (read = fools) who buys into the media's bullshit about generation warfare having a basis in fact, on actual problems between us because of things done back then and today, respectively.

Just don't expect me to take you seriously. Don't expect me to listen to the kind of fuckwittery that deflects from the real issues plaguing our society today. Don't try to convert me or educate me anymore, I'm sick to the back teeth of propaganda.

Besides. I'm too busy waiting for my soy latte and smashed avo in my $300 Manolo Blahniks for the third time this week.

But don't worry; I only bought three cocktails last night, instead of six. So it all evens out, right?


Cage The Elephant - Ain't No Rest For The Wicked

Posted by LotusBlade at 16:56 No comments: