[ the naming of the critters ]

Lying in bed in the middle of the day the other week, I started vaguely assessing all the random things I've named, starting with the stuff just in the room with me.

Clearly this was going to get interesting; being in my thirties and lying in bed in the middle of the holidays is clearly an avoidance tactic to the stresses of either dating and/or going out outside (both of which are like an action blockbuster, with much less screaming and blowing shit up. Though, not by much). It is however, also likely to give me too much time to overthink things.

Possibly why I starting naming things in the first place...

But I digress. Let's get back to the naming of things.

Starting with what could be seen, on our right we had my stuffed penguin, my stuffed bear, and all my orchids. On my left, my iPod, my laptop, my tablet, and my old phone (basically most of the tech).

Widening the circle; my dagger - more of a short sword for me - and my bow. My car has a name. In terms of actual people, my brothers and mother have nicknames, my very closest friends have pet names.

I personally have three or so solid nicknames that have been around for years, and are used by quite a diverse range of people.

Right. So what gives? When did I start naming inanimate objects and non-speaking entities as equally as people? I haven't had a pet for years and don't miss it in the slightest, so I'm clearly not compensating for anything. Is this just another creative outlet, or will a therapist have a field day with this in years to come?

Not that it could get any stranger, but a lot of these things have personalities - not just the living items either. You think I'm kidding; oh, that that were true.

Inyssa, my bow, becomes cold and unfeeling if I leave her alone too long. Jack Tilly, my car, thinks he's a motorbike, has an unhealthy dislike of Mazda's made after 2003 (Mazda 3 and onwards), and constantly gets covered in substances best left uninvestigated (I kid you not, I once came home to find the windshield spattered with blood. Wtf).

Jaxx, my short dagger, sends me weird and wonderful dreams, and giggles when I wake in the middle of the night. Admittedly, I should probably not encourage him by sleeping with him beneath my pillow, but that's beside the point. This is not what I pictured when I christened him, and certainly not what I expected of the name itself.

The true name of a thing or being is said to be the name that denotes its true nature. It uses the sacred language to state out loud exactly what the thing is, from the inside out. It makes the knowing the name very powerful for both the named and anyone who learns it.

According to folklore, determining something or someones true name gives you influence over it, a certain magical affect. The same is said if no one but the named knows the moniker; no other being could ever have power over them. Take the story of Rumpelstiltskin, for example.

Have I named all my things to have power over them? Why would I need power over a teddy bear, or a stuffed penguin? Both of these were given to me when I was very ill, years ago, and have served as great sources of comfort. If anything, their power 'over me' is consensual and very gratefully accepted.

It seems unlikely the desire for power is the case, or that I am attempting to satisfy a deficiency in other areas, such as work or social life. Besides, I know definitively the true name of the twit in IT, and it has no affect on my influence of him whatsoever.

Ancient warriors named their weapons in an effort to bestow the skill of the name's origin. Widowmaker, Heartslayer, and Ironside are perfect examples of what warriors wished to achieve; in battle you need all the advantage you can get, and if your blade can be as fierce as yourself, more the better.

My weapons have neither violent nor savage names. More mystic or cult classic, if we're being specific. Inyssa is half fae, half Viking, and Jaxx is named after a Keanu Reeves character. Neither is ever going to see action like an ancient Celt, so there 's no need to make their names too terrifying.

That being said; why name them at all? Why carefully bestow meaningful titles on them, then interact in accordance with the personality to match?

When we are children, we are taught rhymes and songs to give recall to the specific things.

(We are not discussing Pluto's status, ok? We're just not. Which is interesting in itself, as that denotes defensiveness of feelings. For a planet. Hmmm...)

This is a great example of how we give exceptional gravitas to things with names. In all fairness, these are planets; exceptional articles in the grand scheme of human history.

Still. Has societies routine of naming things to suit our tastes and ideas filtered so far into our lives that we now include it in our microcosm?

Do we give as much importance to our iPods (Mistletoe, named so because it came as a xmas present), as we do to our heritage locations, such as Martin Place? (Who was Martin, by the way, anyone...?).

It's a curious habit, to say the least, and I've discovered I am not in a minority, not by a long shot. Another interesting element is the things we don't name.

Why do my bed, my current phone, and the pure bone, skull bracelet that hasn't left my wrist in 12 years, not have names? Do they not have personalities? Do they not see enough action? (Shut up, I hear you sniggering about the first one).

All of these objects spend just as much time with me as the others that have names. In some cases, moreso.

It seems there is no way to tell what things we will name to bring pleasure and comfort to our lives. Small delights in this world, such as making a personal connection to a favourite item by naming it, far outweigh the perhaps equally eccentric habit of doing so.

Life is hard and weird. Name things. Name all the things.

And if anyone ever makes you feel odd for doing so, come hang with me and Inyssa.

Neither of us will judge you. We will love you anyway. 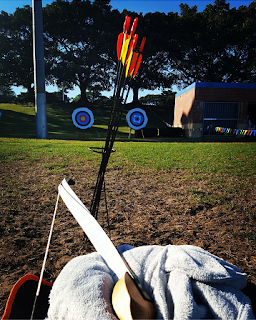