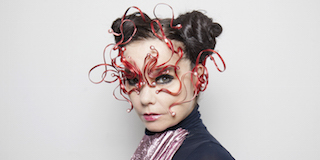 A while back, I realised a dog in the neighbourhood was barking a little more often than usual. This must have been four months or so ago now.

While we were in the kitchen one night a few weeks back, Mum bought it to my attention again. She said the dog had been barking on and off for hours, and did this more than half the week. I was astounded. I hadn't heard it in a while. I heard our occasionally noisy neighbours, a little traffic, maybe a plane, and the feral kids in the front terrace, but that was about it.

Except it wasn't; I flipped through my exceptional mental file, cross-referencing nights I'd gone to sleep late, been home early, or otherwise spent significant time at home, and discovered she was right.

Long story short, this poor dog was barking itself hoarse. I did some detective work and found out where it was, wrote a letter (a polite one. Not my usual MO, but I'm trying my second instincts these days ok?), and found out from the owner the dog has dementia, which has been progressively worsening. We've been chatting, and hopefully he can come up with a solution. The little furball really is suffering, and this can't go on.

Anyway, getting to the point; I didn't really hear the dog until Mum, bought it to my attention again.

Except, as I said, I had heard it. I'd just filtered it out. Why? Because it wasn't a human noise. It was a predictable noise in my personal universe, so it got relegated to the back of my mind, where all the other subordinate worries live.

I've been thinking about that a lot lately. About the things I gloss over, file into various compartments in my head, or generally only pay attention to when they are in direct proximity (planes, traffic, distressed dogs).

Recognising that I had been ignoring an animal in pain makes me feel like a shitty person. To be fair however; I honestly don't think I noted how much it was suffering until I applied myself to the observation, and when it became apparent, I did something about it. Small consolation, but at least I recognised it eventually.

After that, I came to another revelation; humans are a primary focal point when I'm in my comfort zone. I don't mean the familiar ones, like family or close friends, people who are around me all the time.

I mean strangers; my nearest neighbours, people walking in the street, others driving cars. I treat them like threats, hazards to be assessed and addressed or avoided.

And it isn't even really about being afraid, or fear exactly. It seems to be purely about what my primary objective and focus is at any given time. And, startlingly, I think my brain thinks humans fuck that up.

Humans saturate my daily routine, the things I do to get going. I get up, stumble downstairs and make coffee, usually without even really thinking about it, functioning on auto-pilot. But I'm listening the whole time; letting all the noises of the world filter into my consciousness, letting them start to colour in my day.

It's interesting to judge the differences between how a day pans out with gentle background sounds like showers and birds and light traffic, to how it sounds with people yelling over fences or heckling each other from cars.

One eases you into regularity like slipping into a warm bath, while the other shocks you like a slap. Both set the tone for the next 12 to 16 hours, and it's hard to escape the initial impression you get on gaining consciousness to the world each day...

A good friend recently moved from King Street, Newtown to the Blue Mountains. A bigger difference I can't quite imagine right now.

After years and years on a main road, with everything from traffic and lights to drunken idiots, protest marches, and festivals, the bush really is a world away from the hippie little borough-like town I still call home.

He tells us all that it is as amazing as we think; peaceful, idyllic, quiet.

And that's the thing that I keep thinking about, keep asking about. The quiet. The absence of consistent human noise. The drumming, heart-beating, steady thudding of the human race.

He assures me it really isn't there. Of course there are people, and of course there is noise. But it's background, like animals and nature and weather. You hear it, but it blends in, unassuming, unobtrusive, almost natural.

I wonder what it would take for me to know that feeling. Would moving to somewhere quieter, more remote, do the job? Or would I still hear the humans, but without the distraction of all the extraneous elements that usually come with them?

A long while back I talked about procrastination. We use it to escape, to think, to avoid entirely. I won't revisit it entirely, but I will say this; humans are one of the best focus for procrastination ever.

Humans, obviously, having their own personalities, their own ideas and agendas, are unknown quantities at the best of times. You can walk into any situation and never really know what the outcome will be. You can guess, sure, but nothing is ever that simple.

This is why the opposite also seems true when assessing surroundings; humans can pull you into another universe completely and you don't even have to leave your loungeroom, let alone your town, to make that happen.

If you want to find a way to get out of your head, pick a human, any random human, and make contact. If nothing else surprises you in this life, they certainly will.

For me, it's much the same. I may want quiet and stillness, but the fastest way to avoid doing anything is merely 164 characters away. Sometimes not even that.

We were eventually going to get to my point, I promise.

Sitting here, drinking more coffee, listening to what sounds like a fucking army of cicadas go completely operatic, and what I think may be some semi-decent, classical piano music four or five doors over, I hear every single movement I make like a thunderclap.

The keyboard clicks sound like I'm assaulting my laptop, and I appear to be slurping my coffee like a bad sketch comedy. Even running my fingers through my hair vibrates vaguely like waves crashing.

In a world full of bigger things, a universe teeming with life, noises so vast our senses cannot even comprehend them, I'm trying to figure something out about the species I occasionally call myself a member of...

Do I want to hear every single clamour we make, every utterance these bodies can produce, the sounds beating against me like buffeting winds?

Or, being that we really could all just use 5 minutes that weren't about us for once; do I just want us all to shut the fuck up?

Something to ponder today, wherever you are, whatever the decibel level is. Enjoy, whatever option you choose...