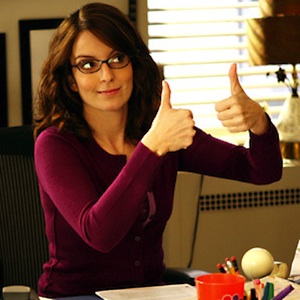 Waking up and treating every day like a new adventure is all good and well. Seeking new experience, looking for love, making friends; these are all wondrous and amazing things.

But fuck me, they are tiring some days.

Some days, you just want to wake up and have the world be exactly as you left it. Not a cup out of place, not a car moved, not a president on his way out.

In a slightly unusual turn of events, here is a different list of things. Here is a list of things that stay exactly the same. They never really change, they just roll on, like the sands of time, slightly unnerving, deeply comforting.

Because some days, you just want a quiet fucking coffee and five hours of boredom in peace.

1. Neil Diamond and Chuck Norris
The former will forever have his songs played at Christmas, and the latter is basically holding the fabric of the universe together with his bare hands. Let us give thanks and hope that we die before they do (which is entirely possible). 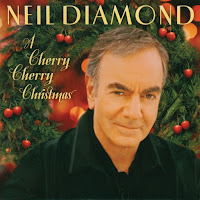 2. Lemsip: sore throat, cold and flu relief
For something that is supposed to make you feel better, the taste leaves a lot to be desired. Somewhere between crushed up panadol and snot mixed with hot water, you wonder how something so utterly vile is meant to make you well. Maybe the virus is terrified into submission? Either way, much like calamine lotion when you were a kid, the horrifying liquid antiseptic smell is somehow quite reassuring.

And in a truly soothing turn of events, there's now Lemsip Blackcurrant; which does not, in fact taste like those yummy fizzy blackcurrant lollies, but like warm, medicinal Ribena. Gak.

3. Family practical jokes
When I was a kid, my brother told me that there was a giant tissue box in the city that you could jump off a building into, like the ad on tv at the time. Being a somewhat trusting child, I bought this malarkey, much to my mothers' long sufferance, and took rather a lot of convincing otherwise.
My other brother, on more birthdays than seems fair, has filled my bed with the following; birthday confetti, stones with novelty faces on them (cute actually), streamers, and other random objects.

20 years later and less than a month ago, I came home to find a spider in my bed. It looked distressingly like a Huntsman and though I was reasonably sure it wasn't real, I tapped it with the edge of my phone, before cursing like a sailor when I saw it was plastic.

Don't worry bro, you'll get yours.

4. The way mum makes a cup of tea
The indescribable pleasure of someone else making you a cup of tea is only surpassed by the discovery that they have made it exactly the way you like it.

It's been 34 years. Every. Single. Cup. Is amazing. I kid you not. Bless you woman, for one cannot underestimate the power behind a good cuppa. 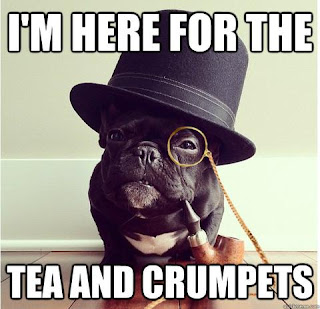 5. John Farnham Comeback Tours
Oh Farnsey, you don't need to come back! We know you never left. Ever. Not even after that duet with Olivia Newton John (especially after that).

So good you could cry.

7. The Lynx effect
The little beatniks at Unilever probably gave themselves the week off when they came up with this one. For some bizarre reason, there is actually a Lynx effect. It basically revolves around anyone (men *and* women) catching a whiff of what is basically deodorant and feeling mildly thrilled by it.
It's unclear whether they've been messing with pheromones in the lab or subliminal messages in advertising, but the scent of a good antiperspirant still has the ability to titillate.

8. Bacon and egg rolls
The classic. The old-fashioned. The one and only.

Even in a time when kale is the height of sophistication, and we now have such abominations as the cronut (just a fucking donut thanks), the duffin (dammit), and the cruffin (kill me now), there is no way to mess with old faithful.

Maple crusted ham with egg? Just a posh b & e. Soft poached egg with honey-glazed, American bacon on a brioche roll? Still just bacon and egg on a roll, but with a stupidly long name that comes with a distressing high price tag.

It's protein with protein and some sauce. There's no real way to mess with perfection.

9. ' 90's music
Soulful boy bands, hip-hop badass, girl bands, unfortunate fashion choices, lyrics that meant something (including the dodgy ones - which was most of them). The '90's produced a lot of complete crap, but music wasn't one of them.

Between utter hilarity that was (is) Vanilla Ice, who was a white boy rapper well before Eminem, endless fun with the Spice Girls (you know you allocated yourself one, don't try to hide it), and knowing every single word to every single Michael Jackson song (even though at least half were released before 1990), the '90's are a deep and meaningful comfort in a time where trying to interpret a Kanye song gives you a headache, and just the thought of a Miley Cyrus video clip makes you want to shower with industrial grade disinfectant.

Load up the CD player (because you still have one) with Backstreet Boys, Jamiroquai, Goo Goo Dolls, and rock out until you forget what day it is, let alone what year.

10. Sydney public transport
It's unreliable, shoddy, insufficient and barely gets us where we need to go. Trains and buses are intermittently claustrophobic with heat, fuel fumes and other passengers, or arctic-like freezing, deserted and creepy, and set the scene for every serial killer movie you've ever seen.

You've never gotten into work on time anyway, but in an age where the possibility of walking into the office means finding out half your job may have been replaced with a robot, knowing one of the main functions of our society wouldn't pass an international safety test on its best day, is somehow profoundly soothing.

Crying in the Chapel - Peter Blakeley