The irony of a post about over-sharing is not lost on me at all. As someone whose passion is writing about their observations, opinions and ideas, I'm clearly aware that I share a lot of things you may or may not want to hear.

The difference between this and standing on a milk crate in Martin Place, yelling out what I had for breakfast, is that you can choose to read and/or listen to me, but also choose not to.

Which makes it that little bit more important for me to draw a line in the sand here.

I'm not sure exactly when this started, but it seems the rise of social media gave us all a false sense of entitlement when it comes to what people want to hear and what they don't.

In having this discussion (read = near argument) recently, someone was telling me that when you 'friend' someone on social media, it's basically a blanket consent that states they will tolerate everything you come out with, or at least accept that they have to see it. If you find you don't want to listen to someones opinions, you can unfollow or put them on the Acquaintance friend list, or in the extreme that you just can't stand it anymore, 'unfriend' them entirely.

There appears to be a quagmire of consequences on your actual friendship resulting from the above, and I tend to dodge them like a champion because it all seems a little too much like bullshit. If I honestly don't want to hear what someone has to say, I have two options; tell them straight up - we are close enough friends, and if I can't say that I'm not comfortable with something, then we aren't really friends.

Two - just unfollow or delete. Don't make a drama of it, we're not bosom buddies, just do it. This is not Days of Our Lives, and I am not a Kardashian. Not every little interaction needs its own reality tv show.

What I want to talk more about is how we now think people want to hear every little interaction. Every little detail. And why we think everything needs to be over-explained in excruciating detail.

In hindsight, I will preface the next bit with this; perhaps it's just me. Perhaps only certain people are doing this to me, in certain situations. Perhaps I have unwittingly encouraged it, nay, even nurtured it, mistakenly thinking we were talking about something else (the latter here being a very real possibility).

That being said, let me now set the record straight and make things clear on this; there are oodles of things I want to hear. Generally, this is about 95% of what is told to me. Solidly. The accessory items to any story might seem extraneous, but they are what make a story a story. And I certainly want to hear them.

(Except if it involves food. That changes things entirely...)

Moving on. I guess this all comes out of a few recent experiences where I asked a specific question, made clarifications, and still got TMI*. Considering myself a reasonably eloquent person, this came as rather a surprise. I started to question my initial presentation; was I not clear? Did I not make things explicit? Was I too literal? And so forth, ad nauseum.

Usually, people (including myself) find they have the opposite problem; not enough information is shared, so everyone gets the wrong idea and no one feels comfortable, and suddenly it's awkward-central because no one wants to be the twit that asks the obvious question.

But there is the very real situation of the opposite problem, which results in the same issue. I call it over-saturation. A lovely turn of phrase that works in many settings; you reach the point of critical mass and can no longer take on any more.

In some of my worst moments, when I can't separate the emotions from the events, it makes me think of Leonard Shelby in Memento. Except occasionally, when I can't recall something, it's because I've faded it from my memory so much that the details are unclear. That's on the extreme side though...

I don't know when it became custom that I needed to be spoken to like a child, or as unenlightened, inexperienced, or generally as anything less than others. It feels strange to even have to clarify that, as our society - myself included - work so hard to treat every member as equal.

But there it is. And the sadder fact of the case is that more and more people have been doing it. Few and far between, admittedly, but definitely more than usual.

I had a discussion with la mama about this the other day, attempting to figure out whether I was overreacting (I know right; me, overreact?!), or whether people really were over-sharing. I made a face, she made a face, I felt vindicated.

Back to the over-sharing. Here's the thing; as a sharer, I've learned to continuously gauge conversations. Part of being a good listener and all that, but also, I actually love hearing other peoples' life stories. I love hearing who you are, what you do, what makes you tick and what you dream of. And when I gauge that I'm holding most of the conversation, I'll try to turn it back because I genuinely want to hear all about *you*.

And this is where it gets weird.

If I listen to you long enough, and you repeat the same things, that's ok, but I will ask about them. Isn't that why you keep saying them?

If we have a discussion on something and, being friends, you invite me to give an honest opinion, I will. Telling me the same thing in a different way, and then asking me what I think - again - isn't going to change my opinion suddenly.  Neither will getting shitty with me and telling me I don't understand.

And lastly, if you tell me something, especially in confidence, a struggle you are trying to battle, and we consensually agree on an action plan - one you asked me for - then proceed to do the exact opposite two days later, please understand when I feel confused, mildly fucked off, and wash my hands of the whole thing.

It's not all as dramatic as it sounds, but it is something I've been thinking about. In the last four years, let alone the last eight,  I've had to learn some hard lessons. Lessons about life, love, spirituality, promises, and trying to be who you want to be. And it comes down the basic fact that I don't have all that much time to get what I want done, let alone what you want too, so I've had to choose my moments as best as I can.

Here are my most recent lessons, just so you know where I'm coming from.

1. No one is going to give you exactly what you want. You need to get that for yourself. People can help you only so far, and you could certainly take all the help offered. Just remember to thank those people, and recall that the things you want are not necessarily for everyone.

2. No one likes a know-it-all. Being clever, well-read, and able to expound on any topic is wonderful. Making someone feel inadequate is not. There's a balance and I know it's hard, but if we all just remind ourselves not to be assholes, I'm sure we'll be fine.

3. Your elders do know better. Very rarely they don't, but their opinion initially still holds more weight than yours. Take a moment to hear it before you dismiss everything they are trying to tell you, simply because you don't like it.

4. If you feel it, share it. If you like it, do it. If you know it, say it. If you don't, shut the fuck up. Eventually you'll figure it out. But not yet. And no one wants to hear you pretend you do. 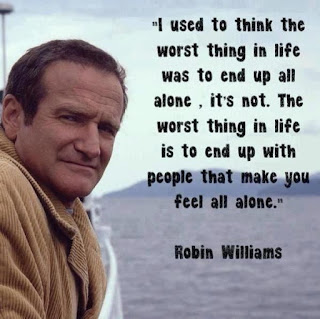 I'm not sure this has all made sense, but I hope so. It's not here to vent anyone's secrets and I certainly haven't held onto recent confrontations so I can rehash them later.

This was just a way to say what I feel right now, right at this moment. As well as a humble heads up; if, in future, I say ever so gently and respectfully hopefully, I don't want to hear anymore, please understand.

It's not you, it's me. I've reached saturation point and today, with all the things I have to get through as well, I only have the ability to deal with my bullshit. Not yours as well.


*Too Much Information, in case you've been living under a log.