[ the princess and the sceptic ] Once upon a time, what seems like long ago, I had a very boring lover. He seemed genuinely interesting at first; he built soldiers and waged battles, he told funny stories, and he made me laugh. But this sort of thing never lasts, and sometimes it can be just one thing that starts to show you the forest through the trees.

Strangely enough, or perhaps not, it was a simple thing, a little thing really. I plucked an eyelash from his cheek one day, and held it delicately up to his lips saying, make a wish. He looked at me oddly and said,

I don't believe in that.

I blinked slowly at him and frowned. Doesn't matter, make a wish anyway, I said. Again, he refused. Again, he told me he didn't believe in that sort of thing, so he wasn't doing it.

He was the first person that I can remember (in a rather long and consistently growing line), who shocked me with their pragmatism about such a simple thing.

That moment, right there, very quietly and calmly, with no fanfare whatsoever, I decided that no one was taking my magic, everyday or otherwise, away from me. Not then. Not ever.

There are lots of people in my life who don't believe in a higher power. They have no sense of a greater purpose in this life, no reason for us being here. They do not look for messages in hidden places, they seek no greater truth.

I believe in everything.

And I believe all of it with a healthy dose of scepticism.

Confusing? Maybe a little bit, but let me explain. Most people spend their lives wanting to believe in things, but needing proof of their existence before they commit. Which, to be fair, seems pretty reasonable. This life is full of dark and dangerous things, disappointments and uncertainty. It's not like you want to get your hopes up on the thin possibility of something wondrous, when the corporeal is so solid, right?

And so they choose to be chiefly rationalistic, going through every day on the things they can see and feel, the tangible world making up the majority of their lives. Which is no bad thing, let me assure you.

Except that, for me, I can't. Not at all. I've seen and felt things that make me believe, and met people who've seen and felt other things, their stories so compelling, that not believing seems beyond far-fetched.

But moreover, and more importantly, I want to believe. I need to believe, because that's the way I'm wired. I can be no other way, and much like you can sense the essential wrongness of being upside down, so it is with me and the belief of things. 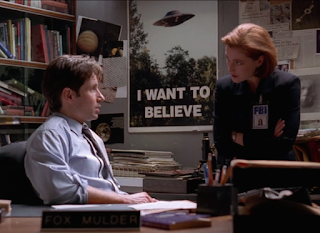 What is it exactly that I believe, and what makes it different to anyone else?

Well, foremostly; there are certainly others like me. I've not met many more than a handful, but we are not entirely uncommon. That being said, I'm usually the quirk in the fabric of the room, as it were.

I believe in vampires and werewolves and faeries. I believe in aliens and deep sea monsters, ghosts and spirits, and the ability to read possible futures with different tools.

And all of it - each and every element, each story and each action - I experience with a thread of caution, a grain of salt.

To make things clearer, let's take that metaphor a little further. When people say they take something with a grain of salt, it means that they don't take it literally or too seriously.

But they do. Most people come out of unimaginable situations only tasting the edge of what they have faced, and shutting down what they do not comprehend with bags and bags of salt. Because this is the way of things, the way the world has always worked, and anything that disturbs that is dangerous, and forces us to rethink our whole reality.

Again, this is a fair and reasonable way to be. If we all went around believing in ghosts, no one would ever leave the house. If we all spent our time searching for aliens, we might never focus on furthering our own evolution in other areas (besides space navigation, obviously). 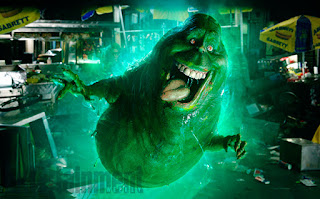 And so choosing to be a sceptic with the willingness to believe is an incomparable thing. Equally so my choice to cultivate the fundamental feeling, deep and not-so-deep inside, that certain things are real - and I'm assuredly willing to be proven wrong.

Neither of us is right and neither of us is wrong, and using such black and white ways of looking at things shuts down the the imagination faster than you can blink. I'm certainly not asking anyone to believe what I believe in, and I'm definitely not telling you what to think.

What I am saying is this; we each have our own view of the world. That, I'm sure we can all agree on. And it harm none, do as you will; which basically means, as long as you don't harm others - as well as actively trying to be a good person - you are welcome to seek your own path.

This is something I cannot be moved on. I can have my mind changed and my heart swayed, but nothing will move me from being someone who believes. Just. Believes.

So, don't feel you have to listen to my babblings about faeries and pirates, and stop me if you like when I ask what your star sign is. But hold off on telling me that this or that doesn't exist. I won't hear you anyway.

Lastly, one more thing we can all agree on; the future is unwritten. If we treat every day like anything can happen - whatever your idea of anything might be - maybe, just maybe, anything can.