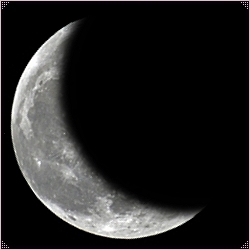 Unfortunately - or maybe fortunately for y'all, depending on how you look at it - I don't think I ever had the discipline to study it seriously. I did take a few classes, and during my many, many years of performance, certainly learned various techniques that based themselves around psychology, behavior, and other elements.

With that in mind, let's call this an educated theory then, and come with me on that basis.

It's always been interesting to see how people move past particular experiences, whether they be good, bad or indifferent. Because even when something is really good, it's still a little painful when it's over, and you have to turn to the next concern, whatever that may be.

I have a theory, built over numerous years, that's simple in summary and grows in complexity once it gains momentum and time.

It goes thus; when faced with an experience we would best rather move past, we need new experiences to cover the old.

Further, the longer the old event has gone on - for example, a relationship - the more experiences we need to get past it. Or, as I like to call it, we need new memories. We need enough of them to superimpose over the old, so that they seem faded, the heat gone out of them, the feelings soft and gentle, unable to scrape us raw as they used to.

We need these memories to contain certain elements to cover the past; they need not be exactly the same, but the new must be strong enough that our corporeal involvement with them imprints on our psyche over the old.

Between the longest relationships of my life so far, there was very little time before one was over and the next began. They are both long gone now, but I still recall how it felt trying to move forward, feelings for someone no longer there still present while someone new held my hand.

My theory solidified in that time. That space in between. I learned that while my heart wanted, my head could not forget, and some things need more than just their edges blunted.

When the second one was over, all I thought I felt was relief. The days and weeks afterwards were strange in their lack of sharpness; almost peaceful.

When we parted I told him I was going to pretend he had died. Though he felt it was, I hadn't meant it as cruel; it just was what it was to me. He had been gone for so long and I didn't know who this person was. He was nothing like the person I had known.

I realised as time went on that the new memories to cover the old had begun long before we broke up. The man I loved was gone, replaced by a shell that couldn't replace him, but somehow, inscrutably, had helped me through the last of our days.

New memories had started to form - long before I knew I would need them.


Nearly two years after I had the major operation that changed my life, I find it hard to remember what it was like to be physically weak so often. I can't recall the level of pain I used to go through, I barely remember crying as much as I did.

My body, more so than my mind even, has created new memories (muscle memory, bone memory, strength, endurance, and flexibility memory), memories that have all but obliterated the old.

It seems such a wonder that my mind and body have worked this minor miracle to create a new being. But a being who still looks like me, talks like me, walks like me, even acts like me.

It might just even be me. Who can tell?

They say time heals all wounds. It's not entirely true, but it's not utter bullshit either. Like most things, it's more complicated than that. But everyone loves a good mantra, something to put on a motivational poster, and some days you just need some well-phrased, pleasant words to do the job.

I like making new memories. Not just to cover the old, but to learn new things, see new sights, to evolve my little self as far as she will go.

More than that; I love the magic of memories. You can never be sure exactly what will happen or how things will turn out, but you can always trust that whatever memories you have will keep you, as long as you need them to.

And then, when you don't, they will be replaced by ones you do... 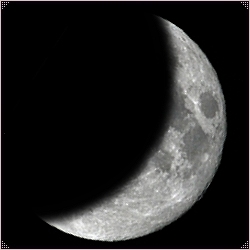