[ love letters to myself ] 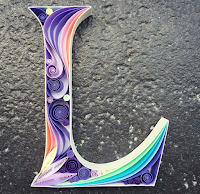 In a truly awkward turn of events, I've discovered that I want to tell you some things because I get the impression you may not know them.  Which seems odd, right? We know each other like the lines on our face, or the colour of our eyes, like no one else. But there you go, and here it is.

In regards to more recent events this year, it's been a real rollercoaster to watch you step up an be yourself again. After the last great romance, I wasn't sure how you'd carry on or go to whatever the equilibrium now was. The game had changed, the goalposts had been moved (again), and yet again you had to reset your trajectory.

And dear gods, did you smash that out of the park! Suddenly the bubbly, bouncy girl was back, happy and meeting people, getting out there and focussing on her goals again. You hadn't given up on love, or even romance, and I was ever so grateful. Ever so filled with hope for the future. More on that in a minute.

The job thing was a little bit of a worry, to be brutally honest. I genuinely didn't realise how depressed you'd become until you weren't anymore, and then it dawned on me how shitty December and January had been. What a turnaround there. I feel like maybe you reached saturation level, and to paraphrase OneRepublic, had sunk yourself to swim.

The new job has been surprisingly eye-opening, especially for a position that has many similarities to previous roles.  A lot of it can surely be attributed to being back in the city. The break was definitely good for you, but you've never been a North Shore girl, and there are certain types of isolation that just don't suit you. Having the ability to dip in and out a social scene is a much better fit for your personality than the semi-enforced exile of the previous 18 months. Welcome home.

Being in a position that nurtures your nature, as opposed to stifling it, has also been such a blessing. I've never known you to have to hide who you are, so much as you are now able to display it. There's no solitary thing that stands out specifically, but I see your quirks and I delight. I feel your satisfaction when you don't censor yourself and I am thankful.

Not the biggest thing, but a really big thing all the same; the mini faerie project, as we are now quietly calling it. You spent so long being made to feel guilty for that, so long being unsure if it would ever happen, that my heart broke and I shut down all our aspirations for the future. I saw us losing faith and I admit, I was the one who couldn't cope. I couldn't quite see where our little being was in the timeline anymore, and it made me sad.

And then you randomly went to an IVF seminar, just to check out our options, and I nearly fell over with wonder. Who was the bolshy babe who had taken the bull by the horns, steered the rudder of her ship to a new direction, and was just going with it? I felt like I was watching a butterfly come out of a chrysalis, slightly sticky but shaping up to something beautiful.

That was the moment. Right there. That was when I knew I didn't need to worry about you anymore. There would still be bullshit and drama - let's be honest, we do enjoy that just a wee bit! - but it wouldn't change our goals. You became my heroine again right there.

And with even more recent events, I feel like we have finally found that path we have been looking for. The one that started all those years ago, the one with the pretty lights and the dark wooded forest, the magic and mayhem, the strange and wondrous characters to light us up like a torch.

Some of them have been here all along - in the form of a goddess who gave birth to us, for one - and some of them have joined the party rather later in the story. Somehow the latter have become major players, just by joining the adventure and following the quest with us.

And again, I'm so proud of you for being captain of the ship again, commander of the charge, writer of our own story. I know we are soaking up so much more now than we ever have before, and so much more rapidly, but you are crushing  it, princess, you really are, and I am thrilled. We've started a new chapter and we are whirling through it gloriously.

That's all I really wanted to tell you. We could talk more, you and I, about how much good we are doing, how far we have come. But just in case we don't for another while, I needed you to know.