[ eskimo brothers and other things that have lowered my IQ ] 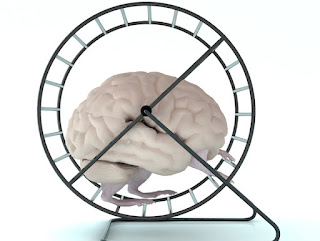 Writing recently was generally a serious affair, revolving around fear and other associations. Grave and measured stuff. The piece that came out of that was pretty heavy and got out some vapors that had been lingering.

Then I drank a bottle of Captain Morgan with a deep and clever viking-pirate musician, and binge-watched a truckload of Dylan Moran on YouTube. In hindsight, we can all see how that was going to end really.

So, on that note, saddle up compadres. You all know the drill; sit down, strap in, load up on tequila and guacamole, and brace yourselves...

The last time we had this conversation, I had found out that sex robots were a thing and basically rolled my eyes until I got a migraine. I tried asking myself why why why, and gave up in disgust.

The list of things lowering my IQ has grown considerably in the last few years. I've tried really hard to determine if it's being in my thirties, my complete lack of general surprise on a day-to-day basis, or I just haven't been paying attention and when I do, I get sincerely confused.

Let's say it's a little from all the above columns and move on, shall we?

The first instance of my dumbing down was a few years back, when I got told about 'twerking' after the Miley Cyrus / Robin Thicke incident. It's unclear whether I got stupider knowing that Cyrus rubbing her ass in someone's crotch is called that, or we've had a word for this for much, much longer. Minus 10 points right there.

Not long after the above piece of dubious enlightenment, I discovered that not everyone knows to veer to the left when you hear and/or sight an emergency vehicle. This bothers me for so many reasons. Not least of which is that one day some idiot who doesn't do this, because of laziness or arrogance, will be the one needing emergency services and yelling at people to get out of the way. And those that would do it, if they knew about it, are left looking at some twit waving their hands frantically and wondering why. Why isn't this on our driving test already?! 4 points.

The next one I need to get out of my system, and quickly, as I'm sure the backlash from some of you will be high. PokemonGO. It's basically a technological way to determine survival of the fittest. Or a game for human lemmings. However you want to look at it.

For those of you asking, (what fuckwittery is this?!), let me explain; a mobile game designed for people to run around the streets, chasing Pokemons (little cartoons really), visible only on their phones, 'catching' them in random and various places, including - but not limited to - parks, restaurants, housing complexes, public toilets, bikie bars, roadways, construction sites, and other places unattended gamers shouldn't go. Some of which no self-respecting citizen should go.

Before you all lose your minds, don't mistake me here; on the surface, the concept itself is pretty cool; a game that gets you outside with friends, running about, talking and interacting, moreso than you generally would with other games. You know, much like the concept of capitalism or communism sounds cool.

The operative words here are on the surface. Because, after all the getting outside and running around, you find out two things - one, humans in packs aren't very bright unfortunately. Left to their own devices, without guidance or intervention, they tend to mill about. Like sheep.

Two, we are not an endangered species.

And drivers, therefore, do not consider that maybe someone might possibly run out in front of their car at random intervals in traffic.

Honestly. Darwinism at its' most efficient. A solid 10 points.

Next came the US election.  After the mind-numbingly, painfully dull Australian campaign, I was dead sure nothing could possibly stultify me into mush like Aussie politics. Clearly, I was wrong.

Between all-singing, all-dancing, bullshit-circus that is the Trump brigade, and the unbelievably banal, squeaky-clean with just a touch of tarnish Clinton express, I lost the will to live after the second month.

Admittedly the interspersion of Mexican fences, questionable emails, endless hair jokes, and some tasteless health-related aspersions, kept me from completely going off the whole thing.

That being said, much like Two and a Half Men, this whole debacle should have to be cancelled waaaaaaaay earlier than the SEVEN MONTHS it carries on for. How Americans keep up the level of enthusiasm they appear to have is completely beyond me. And the worrying thing is, the more I learn about these people I don't care about, let alone interact in any meaningful way with, the lower my IQ drops.

If I hear one more thing about the personal life of Trump himself, his daughters or his wife, I'm going to give up the ghost and book myself a spot on Jerry Springer. Just to get the ick out really.

Which leads me to my next point; reality tv. With the exception of Masterchef and Family Feud - the former having no evil agenda between the contestants, and the latter being the ultimate in good, clean tv fun - I'd rather lace a tampon with Tabasco than watch reality tv these days.

I cringed with dread at every intro ad to The Bachelor, I out-eye-rolled Liz Lemon with the Married at First Sight promos, and there was outright cussing with the buildup to Australian Survivor.

Torn between trying to watch the small amount of free-to-air tv I actually enjoy, watching after-the-fact on catch-up apps, or just downloading contraband versions, I asked la mama how she made it through a nights' viewing without feeling like she was in that scene from Clockwork Orange, sans dentists' chair and restraints.

I swear, the woman has the zen-like calm a Buddhist monk would envy. Her voice, tranquil as a soft breeze, gently advised me to tune it out. But, but, but how? I begged.

Just tune it out, she said. (We should all have such willpower).

Would that I could, my friends, would that I could. But the stupidity crawls under my skin, up into my brain, and stirs up the hamster like a crack-laced carrot. Then we have hours of wondering what kind of narcissistic tool keeps thinking up shows that basically reflect the worst elements of ourselves.

And if I wanted to hear 30-somethings emphatically hold forth on subjects we are hazy on their actual knowledge of, I'd record myself after 3 cocktails and watch that on playback. Reality tv; 11 points.

And lest we forget the where this original rant got steam from; I found out what eskimo brothers are last fortnight. For those of you hesitant to ask, but still perversely curious, it's two guys who have slept with the same woman.

See? You feel denser already, don't you? The viking-pirate saw fit to educate me on that particular nugget, and I'm officially a dimmer bulb for it.

In a then truly alarming turn of events, and without provocation or prompting, someone bought up eskimo sisters at a brunch with our mutual friends the next week. Asking if any of us knew what that meant, I frowned and wearily admitted I did.

If you thought the situation couldn't get anymore appalling - and being a pondering lot - the crew wondered where this turn of phrase may have come from, and who do you reckon knew the origin of such a phrase? Oh yes, yours truly, much to her disgust, and with an extensive education, was able to educate us all on the possible provenance of such an expression.

This in no way boosted my little grey cells back to their natural heights. I suspect it contributed even further to them joining the lemming army and deserting me. Pretty sure I eradicated 6-8 years of high level schooling in 8 days. I know stoner uni students with more brain cells than that.


To be fair though, I did learn one thing recently that I feel may have donated back to the mental banks in my head. And to give it street-cred, I was informed of such a thing by Mr 23, whom as an arts major, English student, and all-round clever-clogs, upps the integrity somewhat I think;

Even sounds cool, doesn't it? Apparently this is trash talk, especially low-key or veiled trash talk, where the speaker is the one who is considered uncool or mean. Say it with me; throwing shade. As in, Did he just? Did she just? Did you just get thrown a shade?! Lovely.

Lucky they don't have words or phrases for being a bullshit artist, right? I'd be in trouble then!!

Oh wait. They do; they call us writers ;)