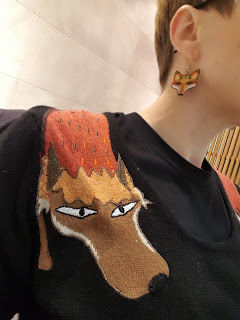 This list comes out every once in a while with variations on the same things; changing tires, doing your own taxes, knowing how to cook. And it's still funny, every time, because we all know people (read = are those people) who still can't do some of these things.

It's full of hilarious anecdotes about people stuck in the rain, desperately trying to find the jack in their car let alone get the tire off, crying hysterically with wine while trying to interpret the ATO's myriad hieroglyphs, and other epic disasters involving curry sauce, Jamie Oliver cookware, and the fire department.

This is the real list. The one I have compiled due to the ludicrous amount of people who keep telling me that not only can they not adult today, they don't know how to.

Listen to me very carefully; if you are neither Peter Pan nor Johnny Depp, and obviously neither fictional nor famous, you need to grow the fuck up.

Certainly, lenience will be shown for cooking catastrophes, lack of vehicular knowledge, and any dealings with any government department whatsoever. These things are hard, actually stressful, and occasionally require a degree in engineering. Allowances are assured for such events.

However, we have now reached the age of saturation.  You have been in society long enough to have absorbed a decent amount of knowledge, if not by applied schooling, at the very least by osmosis.

If you mutter yes to more than 3 items on this list, immediately hand in your credit card (you don't deserve it), move back in with your family (you shouldn't be unsupervised), and don't come out after 6pm (I'm not sharing a bar with your infant ass).

Match your clothes
This should be a no-brainer, but I am consistently stunned by the level of incompetence some people show in achieving this simple task. I work with a woman who thinks thongs are acceptable footwear in the office, tracksuit pants can be seen outside of the house or early morning coffee runs, and food stains are decorative items, like jewellery.
If you cannot dress yourself appropriately, stay at home and stop embarrassing the rest of us. Parallel park
Unwritten rule; if a 16 year old munchkin can do something, you should be able to do that thing better.

Front the bill without whining
Or cover a cab fare for the group. Or buy a round of drinks. Or pretty much anything that requires more than just paying for yourself. You're a real grown up who earns real money now. Act like it.

Put together IKEA furniture
Theoretically, I understand that this is actually really difficult for some people; the thought of all the steps, the endless little nuts and bolts, the actual assembling.
Here's the thing; grow the fuck up. Unless you are trying to get laid, have small children who need to be watched, or your hands are briefly / permanently paralysed, just put the fucking bed together. It's not rocket science. 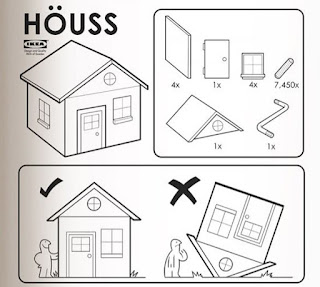 Know the difference between friend and acquaintance, love and being in love
Nobody has that many friends, and this is not high school.

Drink like an adult
Remember that time you drank so much you forgot where you were and woke up missing $400? Me either, because we had a nice dinner, got pleasantly tipsy and then went home to bed.
Also, you woke *with* $400 and took your mum to lunch. Adult as fuck.

Don't drink on anti-biotics
The world will not end if you skip alcohol at what's-his-name 35th on Saturday night. As a grown up, you know that sipping cranberry juice all night means the UTI might bugger off quicker than if you downed vodka's like you haven't seen booze for a year. Also, grownups take care of their bodies, right?!

Curse like a trashy high schooler
I say fuck. A lot. I know it, you know it, my mother knows it. I do not, however, say the 'c' word, swear (excessively) in front of my boss, my mothers' friends, elderly people or loudly in public, and I certainly don't pepper every sentence with it because I think it's cool.
If you are still yelling "c**t!" across the road to your mate because you both think it's funny, go wash your mouth out with soap and get back to school. Clearly, you skipped English, you foul-mouthed loser. 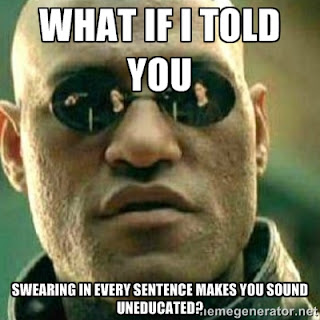 Learn to read maps and give directions
There are some places you can't even take your phone, let alone get reception. I know, hard to believe but still true. So unless the legend is in Japanese, don't rely on Google, learn to read the UBD and don't be that one person on the camping trip who confirms their ignorance by vague hand gestures in the wrong direction.

Take proper care of your car
Much like parallel parking, if a teenager can tell the difference between the fuel light and the engine light, and you can't, hand in your license now. Though the former isn't as costly as the latter, unless you have a spare grand or so lying around, don't be so flaky and go to your mechanic already.
Also. Have a regular mechanic. It's like a doctor for your car.

Keep a home
Telling people you've never even vacuumed before isn't funny, it's sad. Ditto on how to work a washing machine. Also, saying you don't really 'do house stuff' doesn't make us think you're cool and carefree; it makes us think you're a serial killer.

Say you'll do something. Actually do it.
Do I even need to explain this one? 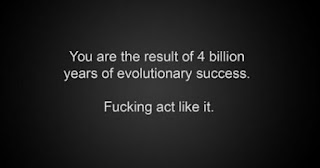