[ now is the Winter of my discontent ] 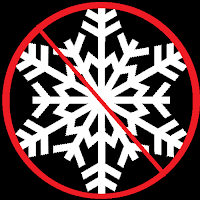 Alright. So I'm aware that this may seem a little out of the blue. And I know this is something you never thought I'd say. I really am sorry about about how this is going to sound, especially coming from me, of all people. But here it is...

Sydney, we need to talk. It's the first of September, the first day of Spring; a new month, a new season.

And it's still fucking cold. Like, brass monkeys here. And I'm over it. You need to give it up already.

You know me solidly as an Autumn/Winter baby. Which I'm sure makes this really hard for you, but you have to see it from my point of view, right? I'm onto my third week in a row of still taking hot water bottles to bed, overheating, kicking them out, and then still waking up with near-bloody-frostbite.

Chilblains are not sexy, and seriously; no one is going to shag me if my touch makes them shiver with dread as opposed to delight, so you're also screwing up my sex life here.

Also, I cannot tell you what a right cretin I feel like when I get lulled by the first pleasant day in a week. The sun streams through my window, and suddenly I forget everything from the past month like a goldfish. Up I pop, full of beans, slip on a slinky dress, NO pantyhose, some spiky heels, and totter off to work.

By eleven-thirty I want to pour the entire Zip tap of hot water down my knickers just to feel anything from the waist down. Needless to say, I spend most of the day hiding at my desk with a blanket I have scrounged from the storage cupboard on my lap. Gods only know where it's been, but risking the choice between an insect infestation and amputating my legs, we're going to go with the former, hands down.

Also. Every single person, without fail, whom I shake hands with - or stand within three feet of, if we're being honest - has gross hands. I mean, coughed, sneezed, or generally icked them in the last 10 minutes. I've had an itchy nose, sore throat, and red eyes for a month. Until recently, whenever I raised my voice above the soft dulcet tones of an Elizabethan maiden, I sounded like a coked-up, disapproving duck.

And, much as I appreciate my co-workers, it's getting beyond revolting. I'm pretty sure the same strain of tonsillitis has settled itself firmly into doing the rounds of my office and think all its Christmases have come at once.

On that note, public transport has taken on the nightmare quality of a trip through Mordor, complete with Orcs, feral animals and a blazing red eye (more than one actually). First, you slog through wet streets, muddy median strips, and generally dangerous traffic intersections (Sydneysiders are utterly nuts; a million Syrian people die and we're all; oh, that's sad. It starts to rain in Sydney, and everyone LOSES THEIR FUCKING MINDS).

Then you get on the large, moving tin can, which every year is basically an incubation chamber for every flu virus since the dawn of time. I really don't know why CSIRO pay to have labs; we already have some in Sydney they can use. They're run by CityRail.

And people Will Not. Shut Up. About the weather. Honestly, we've all suddenly lost the ability to have any semblance of stimulating conversation, and have  become almost painfully Victorian-England British. Asking about people's kids/pets/weekend has been chucked in favour of random gripes about horrible it all is, like we toil under the yoke of an oppressive sky god who just wants to drown us and be done with it. Fair call to her really.

And last but not least, WHY IS IT SO FUCKING DARK ALL THE TIME?! I swear, I utterly adore twilight like a fat kid adores cupcakes, but this is getting beyond a joke.

I wake up, it's dark. I go to work, still dark. Head home - at a reasonable hour - Still. Dark. I feel like I've slipped into the parallel universe, except in the that Total Recall-like world the lights seem brilliant and beautiful in comparison to this hellhole.

We've become weird, self-absorbed shadows of our former selves. And not just in the usual, snobby, Sydney-is-better-than-anywhere way. Now, we moan like zombies, but at least they look like they've seen more sun than us.

I'm begging you. Give it up. I want to get just one more shot of vitamin D before we all implode, not with a bang, but with a sticky, gurgling noise, like a snotty baby trying to cough and cry at the same time.