[ midnight in the garden of good and evil ] 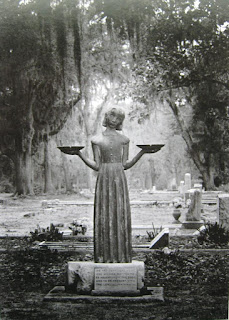 One of the first books that introduced me to the concept of questioning the nature of things is called The Life and Crimes of Harry Lavender, by Marele Day. It was on my high school reading list, and to this day is one of my favourites, specifically for teaching me what it did.

In the first chapter, the author has this wonderfully clever technique that demonstrates the way we assume things from the data presented to us, and can then discover an entirely different set of circumstances. She presents our protagonist in a certain way with certain details, and you are left to create the rest for yourself - much like all good stories.

Day leaves little literary clues that almost no one picks up - using blond* instead of blonde - and you get the lovely little shock of finding out at the end of the chapter that the hero is actually a heroine.

Without spoiling the book (it really is brilliant and worth a read), I'll say only that this is a canny way to introduce the greater concept of not all bad/evil being entirely bad, and not all good/benevolent being entirely good - things are not always what they seem.

Using the terms interchangeably; good and beneficial mean the same thing, as well as bad and evil. Though I know one word can be construed as stronger over its other - depending on context - I hope to convey similar meaning for each here.

Personal ideas or individualised concepts of good and evil are much easier to quantify than greater ones. We can nail down how a person acts as good or bad much more clearly than we can things that encompass many.

A serial killer is evil. Their acts are in a microcosm and we can see the details of their wrongness clearly. Donating an organ to someone in need is beneficial; a deed we can label as inherently good.

What about sending troops into Afghanistan to a people in need; clearing away years of repression and murder; killing terrorists and destroying the places they hide. Surely the fight for world peace is considered good?

Personal opinion aside, it is interesting to note that after the above, a conversation started regarding what the Afghani people were left with; how do you move forward with no one to govern you? The oppressors of the people had been removed, but it is said that it left them with no way to advance from there.

For a people that had only ever known a life ruled by the Taliban, who had only ever lived one way, how do you change the quintessential nature of your life without knowing how, or being given the tools to do so?

Looking at the situation without emotion if you can, you see that someone made a decision that they thought was in the best interests of the people, of the greater good, and a hard one at that. The full consequences of that decision could never have been known in advance.

What does matter is how the consequences were dealt with. And that's where things become murky in whether the overall good was served; if not all the events after such a decision was executed were dealt with in a constructive manner, does that negate the good intentions of the original decision? Or it is just unfortunate circumstances?

Coming back around to things that are decisively good or evil, you need to have some idea of what each is. Good is said to be anything morally excellent; virtuous; righteous; pious. Evil is anything morally wrong or bad; harmful; characterised by misfortune or suffering. This what the Dictionary.com says anyway.

Good can then be considered anything that promotes positive conduct in society, promotion of betterment and well-being of yourself and others. Evil would be the oppression of these things, the denial of free will, destruction of society. 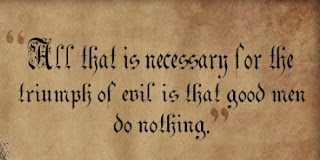 Kevin Spacey plays two characters who you think you know - but who both turn out to be not as they seem.

Francis 'Frank' Underwood, our man in the White House from House of Cards, engenders both love and hate - two other polar opposites, but sides of the same coin. Frank ruthlessly manipulates those around him to get what he wants. He manoeuvres around peoples' morals and ideas, swaying them to his point of view, purely for his own gain.

This doesn't mean he doesn't do good things for good reasons. He helps out a friend in need, his character supports minorities, he donates money to charity. This does not change our understanding of his essential nature as a Bad Person.

Jim Williams - Spacey's other character who you think you know is a nasty piece of work - is what we call same same but different from Frank Underwood.

The book that inspired my title is richer and more detailed than the movie that I reference, but you can get the same idea from both. Williams is a man entrenched in his deep south community of Savannah; the people, the industry, the way of life.

Whereas the ending of the book and the movie differ quite dramatically, the prevailing elements remain; Jim Williams is a good man, committed to his quirky town and they to him. Whether for good or ill, it's a faithful relationship that only flounders when certain lines are crossed.

Williams can be considered a Good Man who does bad things for what he believes are good reasons. Even after all the things he does, we place him firmly in that place in our minds because we think we know his motivations and can justify his actions along with him.

We see these characters and think we know them for what they are. We see their life and decide who and what we believe them to be, and settle those notions deep into our psyche.

As a side note, to make things even more complex, here's something else to consider...

Good and evil hold the connotations of a heaven or hell, if you believe in them in some fashion; an afterlife where if you've done good things you get rewarded, and if you've been bad, only punishment waits. Does this influence how we judge people? What about the concept of karma; what you send out returns to you threefold. Does the idea that the energy you send out - the good or bad things you do - will return to you three times as strong; does it make us look at actions as entirely good or evil?

Religion and spirituality insinuate themselves into these conversations like the snake around the tree. Which leads to the conversation about the notion of sin.

But that's another discussion entirely...
***
In the real world, we don't get to watch the story of someones life, see how events pan out without being coloured by the storyteller, or make slow judgements based on all the presented data.

In the real world, good and evil can be swift, sharp, and ultimately settle in our brains either way, no matter what happens later. We can see an act and our opinion manifests based purely on that one moment. We can hear a story and determine how we feel solely on the words spoken.

When you get to know someone as a Good or Bad Person, you tend to keep them in that place for a long time, if not indefinitely. Certainly your ideas about them can change, but without momentous occasion, their fundamental substance remains in one camp in your thoughts.

I know lots of lovely people who do shitty things occasionally. They try their best to please everyone and make compromise after compromise, losing a little piece of themselves every time they do.

In some ways, there's no real surprise when they do something that not everyone feels is right. It's hard to maintain that level of beneficence all the time, and the other kinds of people - the ones who usually call it a shitty thing - are never happy unless someone is miserable.

The other type of people I speak of are obviously the shitty people who do lovely things. These people cannot focus on anyone but themselves, make decisions established entirely on their wants, and use whatever means they deem necessary to move through life.

When these people do good things, it makes you uncomfortable; their very nature suggests they are only doing so in order to serve a personal purpose, and the good deed was coincidental at best.

I know a woman who tries to spend quality time with friends and cooks them dinner a few times a month. She babysits their kids and runs errands for them. She talks about them in a way that you know means she is committed to their welfare, loves them, and very much cares for them.

She has also been sleeping with a married man, the father of said children, on and off for seven years.

I know a man who hurts bad people for money. Sometimes just as a returning favour. And he enjoys it. He has a day job and works very hard at that, and people don't generally know much about his private life. He lives in a world where black and white are solid, and shades of grey generally only revolve around other people.

He has also spent the better part of his life caring for his mother, doing everything to provide a safe, happy home and life for her, sometimes to the detriment of himself.

Which of these people is the Good Person and which of them the Bad? Are they either firmly in one camp or another, and has that changed over the years? Am I only seeing them as they are now, without the foresight of all the things that came before me?

It's not a question I can answer lightly, nor do I consider either of them intrinsically good or evil. On this day and at this time? Well...

When it comes down to it, I've spent a lot of years learning and re-learning to gauge conditions as they are, with all the knowledge possible available to me. Some things have not changed in my mind, but that doesn't mean I don't haul them out into the light periodically, sift through the fibres and see what I can find.

Good and evil fascinate me in the same way as human nature does; it's all about what motivates you, not just on the surface, but deep down in your subconscious.

In the end, no one has all the answers, obviously. Life would be rather dull if they did. What we do know is this; not everything is as it seems. And we don't need to keep pretending that it is.

Seek and you shall find. Question everything.

*This denotes the masculine when using proper English, it is said. For the feminine, you add the 'e' to the end.