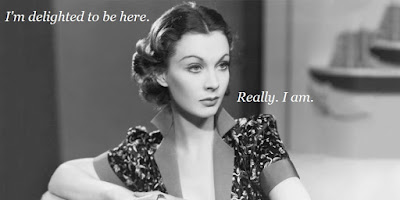 The other night I was asked if I wanted to go on a cruise near the end of the year, maybe around Australia or further if we (my crew) could all afford it. I replied with, that sounds interesting, leave it with me.

Coming from me, and depending on tone, this directly translates as; I cannot think of a more horrifying idea, and will promptly delete it from my mind the moment the conversation is over.

Like a lot of things I don't wish to hurt peoples' feelings over, I say yes when I mean no, and maybe when I mean absolutely fucking not. Being on a ship with a bunch of people I don't know very well getting mainly loaded and with no direct escape route is pretty much my idea of hell.

This is where we put the filters on and play nice, because some people actually like confined spaces mixed with booze, even if I don't.

But there are also those questions that become about the other person knowing the difference between what we say and what we mean, and in lacking the capacity to tell the difference, therefore display themselves as an utter twit.

In order to avoid ALL THE AWKWARDNESS, here is a reminder of the top 13 Things We Say, But Don't Actually Mean;

"I don't want anything for my birthday, I have too much stuff anyway. Honestly, just get me a card"
This is generally rubbish and should be treated as such. Everyone wants a little something, and there is nothing worse than having nothing to open on your birthday except for a reminder from the dentist.

"No, no, it's all good - I wasn't expecting to be invited anyway"
Yes you were, even if it wasn't in a serious fashion. The fact that you now openly weren't even 'token invited' feels like that time in high school when you weren't chosen until last for dodge ball, and only because the teams needed to be even. Nigel No Friends.

"Sure, I don't mind if you wash up"
Generally you appreciate the offer of washing up and are not that fussy, but you just know it will be a half-hearted job involving sticky, booze-soaked fingers because you are all more than half-tanked, and honestly, nobody is going to want to rewash dishes tomorrow with the kind of hangover this is going to be. In fact, anything more than standing upright will be a chore. Do it yourself and maybe let them dry.

"You can stay as late as you like, just curl up on the lounge and chill"
People who like large crowds of other people say this and mean it. People who have 4 bedrooms, 2 bathrooms, and a LARGE garden say this and absolutely mean it. Amanda Palmer meant it when her and the Dresden Dolls were in Seattle, needed food and company and the fans were amazing. But generally, no, everyone must get the fuck out by midnight on Sunday.

"We should get a drink sometime and catch up!"
Why? We've literally run out of things to say within first five minutes of running into each other, every single time we run into each other. Tell you what, let's do this again, but exactly 6 months in the future, with absolutely no plan to ever have any type of beverage together whatsoever.

"Age is just a number. Getting older is cool"
This is only true on Saturday mornings, when your skin - and your head - are clear, the sun is shining, you've bounced out of bed, and started the day with a pep in your step. Not, in fact, at any other time. Including Sunday morning, when you are hungover, feel like death, and recall spending hours looking at photos of yourself from 10 years ago, trying to judge every little line and wrinkle that has appeared in the interim.

"I don't think I'm going to make it out tonight, I don't feel very well"
I feel absolutely fabulous sitting on my lounge watching my seventh episode of Battestar Galactica.


"I've learned so much from this experience. I really appreciate all you've done for me"
I've learned to lie, fear direct eye contact, and generally loathe anyone in upper management. I appreciate you helping me develop a thicker skin, as I'm not cut out for retail anymore and can't imagine it pays as well.

"It's nobodies fault. Sometimes it just doesn't work out"
It's both your faults. Certainly yours as well. It's just nicer to say this than, "Your incessant talk of developing your inner child creeps me out"

"It's fine. Really"
Danger, danger, Will Robinson!! Nothing is ever 'fine'. Except Alexander Skarsgard's abs or Channing Tatum without a shirt. And then it's pronounced 'fiiiiiiiiine!!'

"I'm never drinking again"
You're going to drink when the ringing in your ears stops, you can stand upright, and keep anything other than lemonade and rice crackers down.

"Mistakes are all part of learning in life"
I'm trying to remember not to be such a cretin, but we all know I'm just Bridget Jones with better hair, better clothes, and more sarcasm.