Trawling the papers for inspiration recently, I realised that it's creeping up to nearly a year since Sam de Brito died. Sam was a journalist, a larrikin, a sweetheart and a very proud dad.

He was also a man I very luckily got to call a friendly acquaintance, and one of my heroes in this life.

I started reading his column in the Sydney Morning Herald years ago, discovered he wrote books and read those too. We met at one of his book signings at Dymocks in the CBD, and I'm pretty sure the the feeling was mutual. After that, we emailed occasionally, followed each other on LinkedIn, and I even refereed a mock dust-up between him and Helen Razor on Twitter.

When I found out he has passed, I sat in my office and bawled quietly over my computer, then read all his most recent posts. I left the news coverage until later, because what I wanted to hear - even if it was just in my head - was Sam's voice.

In January of this year, a very dear man passed away after a long battle with cancer. He was my boss, my mentor, and my friend. Steve taught me a lot about the perception people have of you in the cutthroat corporate world, and also better ways to survive the zombie apocalypse.

With 30 years between us, we had a lot more in common than I realised, and the sound of his gentle rumble over the long phone chats we used to have is something I often think about. His wife and I still talk, and I cannot imagine how much she misses the love of her life, someone whose company she had for forty-odd years.

The same week that Broomie passed, David Bowie died, and then Alan Rickman a few days later. A shitty week seemed to get even cloudier, and to be really honest, I wasn't feeling especially charitable towards the universe by the time the weekend rolled around.

Bowie and Rickman each played small parts in my life; Bowie will forever be Jareth, the Goblin King from Labyrinth, singing with his horde and furnishing my dreams on the wilder side of imagining. Rickman was always my favourite villain, dressed in smart suits or black leathers, and later as a ghost who helps his lover mover on. 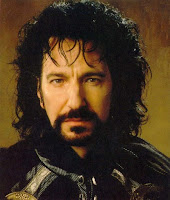 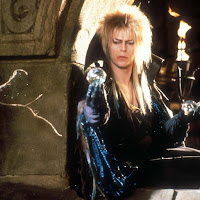 Each of these various men did something different to my psyche; whether it was directly or from afar, and even simple knowledge of their existence shaped the way I looked at the world as I grew into it.

In a strange twist of fate, all my female warriors are still with me, or had already started to magically shape me by the time I was born. I treasure this wisdom, their fierceness and the complementary ability to show compassion, even when someone doesn't seem to deserve it.

Just as I hit my teenage years, my nana left this world, and I think I appreciate her more the older I get. A 13 year old doesn't really comprehend the wisdom of a 70-odd year old lady until she reaches adulthood and knows some of what she knew. Which may seem a little sad, but certainly comforts me when I think I know nothing about life.

The people who form my figurative army now are a smaller group than I thought, though the voices in my head are still a roar. I meet new people all the time - see the possibility of new heroes - but shared experience, mutual love and respect take time, and I have become so wary of artifice at the ripe age of 34.

The discovery that I would fight like a lioness for the heroes in my life now was actually rather a surprise. I was always highly strung as a child, and the air of the dramatic hasn't really left. That being said, I think I've settled into myself more, my vision isn't so self-reflecting, and this has made me crave external brightness like a flower to the sun.

I want my heroes close and I want so desperately to squeeze the inspiration out of them. Figuratively speaking of course. This is why I obsessively listen to certain music over and over, and over again. Why a character in a show or a film steals my heart and makes me want to dress a certain way, speak a certain way.

And more intensely, why I need the real heroes - the corporeal, no-so-everyday, substantial people in my life - to be around me as often as possible, and why I cling to them (sometimes literally) to feel their heartbeat, that unmistakable sign of their amazing spirit under my fingers.

These are not the same heroes of of everyone else, perhaps not even of others close to them. I know everyone has their own, and imagines them in their own way. But these are mine, and I wonder what will change when they leave my life, briefly or permanently, by default or design.

Is the me that is me evolved from all these people and the motivation I derive from them? Or am I still me without them near, the echoes of their brilliance in the things I do?

It would be childish to say that I want to be able to grow up, but I don't want my heroes to change. Not only because it's unrealistic and unfair, but also because I would be ignoring the fact that the reason I am so taken with someone is their ability to evolve and change, to become more, to become better.

Deep down I know that not all my heroes can stay with me throughout my life. Sometimes they will stay for a little bit, sometimes a long while. And they have their own journeys to travel as well. Sometimes you can see the end of your time together coming, no matter how far off, and it fucking terrifies you.

That shouldn't mean anything except that you hold tighter to their hand, turn your face towards their brilliance more often, take the time to just be with them. They are your heroes for a reason, and their physical presence in your life doesn't break that bond.

Where are all my heroes going? Forward, of course. Where we are all going.