[ Always be yourself, unless you can be Batman. Then always be Batman. ]


We talk a lot about being yourself; being true to yourself, reflecting on your best self, striving to be the you that you know is inside. People spend years finding out what makes them happy, and what parts of their personality are most prominent and wonderful, and try to be more of that, more of the time.

Here's the thing; for some of us, our best self is more than one person. Sometimes the quintessential nature of that self is being whomever we can be at the time and making that person amazing.

Hi. We're actors, and we live among you in plain sight. 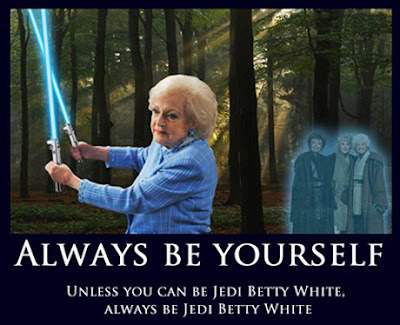 Actors never really switch off. The desire to be different every day never really goes away, and having a different life every time we step into a role is an adventure we can never really leave behind.

Some actors move onto other things in the same industry; behind the scenes work, voice work, writing, theatre-building (an all-encompassing term that there isn't enough blog to cover), and a variety of other entertainment-based jobs.

Even more actors get 'grown-up jobs' (read = jobs that actually pay the bills), and continue to live the dream simultaneously so they can support a lifestyle that full-time acting does not.

The one thing all these paths have in common are that you can take the actor out of acting, but you can't take the acting out of the actor.

Most days, I don't really miss full-time acting; endless hours sitting on set in 6 inches of make-up, freezing your ass off, drinking cup of coffee after cup of coffee, eating endless mini foods - great food, but mainly how catering works on set, and making (generally awkward) small talk with people you don't know.

It's hard to miss the old hurry up and wait routine, as an old director/mentor friend of mine used to say, which meant that you had to madly scramble every call-time to be ready to go at the drop of a hat...then spend a minimum of 3 hours waiting until the crew was ready for you. Which they weren't. Because, reasons.

And lastly, I don't really miss trying to herd 30 people to do exactly what I want, exactly where I want, at exactly the time I want them to do so. This is called stage-managing, and is generally considered the base-jumping of the performance world.

Except. I do miss it. Just a little. And that's how, once you contract acting, it stays with you for life. Like herpes.

In the last few years, I've done a music video, a short film, and a wee bit of modelling. This is probably the most sedate level of activity I've been in since I started acting way back when. That being said, I've written more in the last 3 years than I have in my lifetime - including when I was at school and wrote all sorts of rubbish.

Not getting in front of an audience - be it technologically or live - means that I tend to act in social situations, just to get attention.

What, you thought I didn't know this about myself? Seriously? 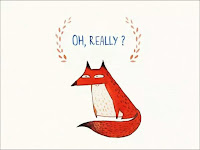 Anyway. My ability to be someone else doesn't mean I'm any less me. It just means I'm more of one of the mes' who live inside me. If you get me.

For example; I went to birthday drinks the other week. I honestly wasn't in the mood, and that was before I'd even got dressed and left the house. I was in my pyjamas watching Hart of Dixie and curled up with some tea. I even had a hot water bottle on my feet. I was nanna-ing it something special and I really wasn't keen to give it up.

So I decided to be another me. The me who wears kickass boots, tight sexy dresses, and a badass smile. The me who lets it be all about her for a while and shakes up a room. That me was prepared to stride in, flourish a wave of I'm here! and take over the party. And I did. Briefly, efficiently, and well.

And then I went back to my other self; the quiet, shy little girl who just wants to snuggle on the lounge and watch Netflix for hours on end. I had satisfied a part of myself I'd forgotten needed attention and I felt good. Holistically whole.

If this sounds like some sort of personality disorder, you may not be far wrong. But actors are multi-faceted creatures and it's hard to be just one person for every hour of every day, for the rest of our lives. We'd just die of boredom that way (you should all be so lucky).


All the memes and jokes and weird inspirational posters you see about being yourself unless you can be something else; they are about us. Like everyone, we wake up and think; today, I will be the best me that I can be. Unless I can be a unicorn and eat cookies. For most people, you laugh and get on with your day, preparing to be positive and hoping for the best.

For actors, we think; fuck it, I'm going to be a unicorn and eat cookies today. I've got a tutu somewhere (obviously and for reasons best not questioned) and there's a great bakery on the way to work. Let's do this!!

Which can lead to disciplinary meetings and glitter on the boss' armchairs, but that's beside the point.

Actors don't have filters that say we shouldn't do things. Within reason (mostly), we will try anything once, twice if the results are unclear. Understandably, this is a double-edged sword and should be treated by non-performers with caution. That being said, there is nary a dull moment for us, and we'll take pretty much anyone along for the ride.

Being an actor means you take risks all the time, and with the significant stuff - your ego, your reputation, and most importantly, your dignity. But for us, a life half-lived, a life without certain amount of opportunity (read = liability) is no life at all.

A note of caution for those of you attracted to the artistic types; the whirlwind speed and merry-go-round life of these people is not for the faint-hearted. We can't slow down because we don't know how. We can't sit still because there's so much to see, so much to do.

And we can't shut up for five damn minutes because, well, you know...reasons.

On the up side, even non-practising* actors have a flair for the lively and indulgent, so your life will always be full of colour and adventure...or jeopardy and peril, to be honest...but at least it won't be tedious!

Ultimately, I think we could all spend more time hanging out with actors. We're awesome and you will bask in the glow of that awesomeness.

Just don't ask us to dress for the job we want in life; some days, there's not enough bail money to cover that kind of expense.

*Ok, I made that up, no actor is ever "non-practising" - we're not flaky religious types. We're just the normal kind of flaky...Wait. Moving on!