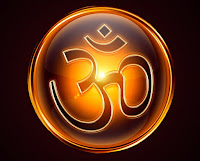 Every so often when you are looking for something and not finding it, all the options look the same. It's much like the saying; when all you're doing is hammering, everything starts to look like a nail.

Having been in this situation myself before, I know the early warning signs and try to plan accordingly. Which is, basically, becoming slightly short-tempered, slightly serious, and slightly claustrophobic.

Calling the aftermath a plan is probably a modest overstatement; it generally revolves around having a cry, a rant, or getting demonstrably drunk. Largely a combination of all three.

On the path to self-discovery I've found, through much trial and error, that fighting the tide is an exercise in futility. Becoming progressively more frustrated while I look for the proverbial needle in a haystack just makes me nuts, and leads to more crying and overeating of dairy products. Never a good combination.

Recently, I've personally realised that I'm looking for something (or someone or someplace...) in particular, and I'm at a very brief point in time where not finding it is making me lose my cool.

So, what is it you actually seek and why can't you find it? There's a Chinese proverb I like for this;

近水知鱼性, 近山识鸟音 jìn shuǐ zhī yú xìng, jìn shān shí niǎo yīn - Near to rivers, we recognize fish, near to mountains, we recognize the songs of birds. It is very important to make on-the-spot investigations.

I've taken this to mean that by spending a lot of time with someone or something, you become familiar with it. Conversely, you are becoming accustomed only to what you know, and are unable to see anything else.

Which brings us back to the hammer and the nails, and along with the fish and the mountains, has probably become confusing.

Let me simplify; if you are looking to meet new people and only go to the same cafe every day, all you see are the selfsame people. If you want an adventure and you never go more than a 10km radius outside your comfort zone, all you find are interchangeable experiences.

Are you with me yet? Stay for a little longer, it gets better...

Depending on how many of you are fans of Viggo Mortensen, Asian culture, and The 100, respectively, the title may have not have a lot of meaning for you. Here, for me, they have become strange little beacons in my mind that I'm using to surf the tide of short-lived frustration.

Mortensen's Russian gangster, Nikolai, is one of the characters that has stayed with me the longest, even more so than Aragon of LOTR fame. He's calm, brutal, sexy as hell, and a trained killer. None of this negates his brilliant resilience or unwavering commitment to doing the right thing.

Asian culture both baffles and fascinates me. It's like being able to travel to another planet, another world, in the same space as my own. The food alone could keep me entertained for the rest of my life. It pains me to lump all "Asian" races into one, but for the purposes of this piece I'm sure you'll forgive me, and understand where I mean to go.

The 100 is a sci-fi show on Netflix that I started watching after I read an article about how straight-up, quietly feminist and badass it was. The Mountain Men I refer to are a tribe within the show that comprises of human survivors from a nuclear holocaust 97 years prior. They seem to be the most organised, civil and well-meaning of the tribes. Obviously, they're not. They hide some pretty sinister secrets, which I won't spoil for other fans.

What does this all have to do with hammers and nails? Hang on, I'm getting to that...

It's hard to break free of the routine of your life. I don't mean the bus route you take to work, the place you get your coffee, or the places you go for dinner.

The very first of those is the most important; do you ever sit back and wonder about why you date certain people? Not in terms of their possibly similar looks, though that can be it for some people, but in terms of their grassroots, personality traits?

Do you ever wonder why you gravitate towards certain industries for work? Certain places in the world? Social groups of people? Certain cultures?

Most of you said yes, right? But after you did the wondering, did you do anything else? If the answer was also yes, how far did you go? Did you change something, anything at all?

If you said yes all the way to the end of the last paragraph, we need to have coffee and I need to soak up some of your wisdom. Even just a smidge.

Because it's not that easy. Change is fundamentally about making things different from what they were before, having them develop into something new. And I won't assault you all again with my feelings on people who "change" but don't really change (see my favourite Douglas Coupland quote for a teaser if you have somehow consistently missed these particular rants of mine*).

But, as usual, I digress.

Change need not be momentous; you have a whole lifetime to achieve that. How about starting with just one element.

And that's where the Russian mafia, fortune cookies, and sci-fi come into it.

Whatever triggers your desire for transition needs to be treated with reverence. A little respect for how amazing the human mind can be goes a long way, and it costs you next to nothing to vary your life in some small way to see how it goes.

A gangster isn't always a gangster; he's a man, who wants to do the right thing, who knows right from wrong, and will fight to the death (usually someone else's) for it.

A fortune cookie fortune is just a piece of paper with seeming randomness written on it. Nevertheless, the synchronicity of certain words that provoke your reaction at a certain time means something. Even if it's just the spark that ignites your brain. 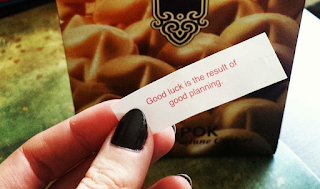 And Mountain Men are not always just men living on a mountain. Choosing change doesn't mean you have to give up your whole world, it means you discover more about yourself; the real you, the one that's been inside all along. Maybe it's sinister as fuck. Maybe it's awesome.

On those grounds, I'm off to invoke some change this weekend. I'm going to conjure up some magic and see what the universe throws at me. I'm going to get out of Sydney, I'm going to talk to people I don't know, I'm going to eat things I've not tried before.

I'm going to try and do something I've never done. Because I'm in danger of forgetting the wonder that surrounds, the miracle that is just being here, by staying on the same path.

And I'm risking everything I live for if I don't.

Maybe you could all try it too. You know, just to be safe and make sure you're not missing out. Tell people some weird faerie-fortune-cookie made you do it...

*You mistake motion for growth, and are lured into vexing situations
Shampoo Planet, Douglas Coupland